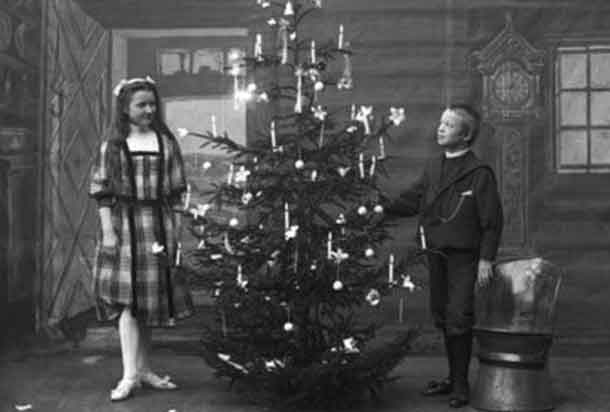 Christmas was more primitive in the 18th and mid-19th century, but it was still Christmas – joy and fellowship were, and are, its primary expression

CALGARY – Turn the clock back to the late 18th century and mid-19th century Alberta, and chances are you’d be eating fish, beavertail, and stewed moose rather than roasted turkey and honey-glazed ham for Christmas dinner.

Instead of rockin’ to tunes emanating from audio systems and iPods, you’re more likely to be dancing the jig to the sounds of a fiddle, and perhaps, a drum.

That was the height of the festive celebrations during the period of the Fur Trade.

But while the cuisine and the mode of music may not resonate with everyone today, the spirit of the festivities of yesteryear are not totally unlike those of today. Some have stood the test of time; others have evolved into traditions we currently enjoy.

Today, many of us travel worldwide to spend the holidays visiting families and friends. During the Fur Trade, it was also time for family and friends, but the celebrations involved the entire local community.

People, for the most part, lived at (trading) posts. People, including missionaries and members of the surrounding aboriginal community, visited larger posts like Fort Edmonton during the Christmas season.

Life in those trading posts, especially those like Fort Edmonton, are amongst the best documented of the early communities because the Hudson’s Bay Company (HBC) required the officer in charge to keep a daily journal – like a ships log – a day-to-day account regarding what they were doing, or not doing as the case may be.

And while many history books tell us about the harsh winters, gruelling cold and the challenges of the era, a lot of the work stopped during the holiday season, much like today.

The Christmas season lasted a week, or more. It was also customary for HBC officials to meet (at the larger posts). Some work was done, but it was mostly social and celebratory. Christmas day tended toward the spiritual though there was feasting while post-Christmas and New Year tended to be more fun.

Post journals and surviving records give a vivid description of the start of the Christmas season.

The journals and record of Peter Erasmus, who worked for a missionary and a trading company, and was himself a trader around the Fort Saskatchewan River area in the mid 19th century noted: “Two days before Christmas, there was a bedlam of noise with the arrival of each new dog team. Each arrival acted as a signal to all the dogs in the fort and nearby to raise their voices in a deafening uproar of welcome or defiance.“

However, the exchange of gifts was not significant. Festivities revolved around feasting.

But, whenever possible, people at the trading posts tried to recreate the kinds of Christmas dinners they would have eaten in homelands, such as Scotland, the Orkney Islands, England, and Quebec. Some actually imported dried plums to make the plum pudding to remind them of home.

Almost every night of the holidays included a grand ball, with the rooms filling with officers, trappers, natives, women, children, and babies. And, there was always plenty of toe-tapping music.

The nightly festivities always began with the kissing line. The men would line-up and then all the women in the room would walk along and give a kiss to every man in the room. The intent was to underline the fact that they were all members of the same community and the same society.

Alcohol, however, was not always easily accessible, especially further into the backcountry, since shipping alcohol was simply too expensive. So Christmas festivities were often fuelled by large kettles of boiling tea.

During the 1800’s, New Years Day ended with one last hurrah – a salute to the officer in charge of the post. Guns would be fired, people would run up the flag, and that officer was expected to reciprocate. A mixture of brandy milk and various spices – called ‘Old Man’s Milk’ (an early form of eggnog- see our recipe below) – was handed out to everybody who’d participated in the salute.

Louisa McDougall, of the missionary McDougalls, wrote in a letter to her brother in 1880 about the New Year’s celebrations in Edmonton:

“The first thing that was done was a duet, which was performed by Mrs. Hardisty, the Chief Factor’s wife, and her sister, Mrs. Wood, and was followed on by a song titled “Don’t You Go, Tommy,” by Mr. Fraser, then Mr. W E Trail, of the famous literary family, did a recitation, entitled “Address to the Devil.”

This was followed by a whole series of folk songs – Scottish, English, and occasionally, Irish – and a canoe song by “Jimbo and the Iroquois crew”, as she refers to it. And, just to round everything off at the end of the evening they all sang “God Save the Queen.”

Christmas was more primitive in the 18th and mid-19th century and took place in a harsher environment, but it was still Christmas – joy and fellowship were, and are, its primary expression.

Old Man’s Milk recipe
Beat the yolks and whites of six eggs separately. Put to the beat yolks, sugar and a quart of new milk, or thin sweet cream. Add to this rum, whisky, or brandy to taste (about half a pint). Slip in the whipped whites and give the whole a gentle stir up in the china punch-bowl, in which it should be mixed. It may be flavoured with nutmeg or lemon-zest.

How to budget for Holiday Spending in an Economic Downturn

Under The Northern Sky ‘Jingle All The Way’