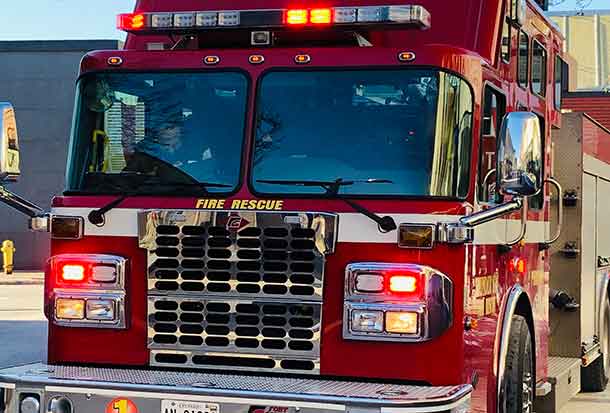 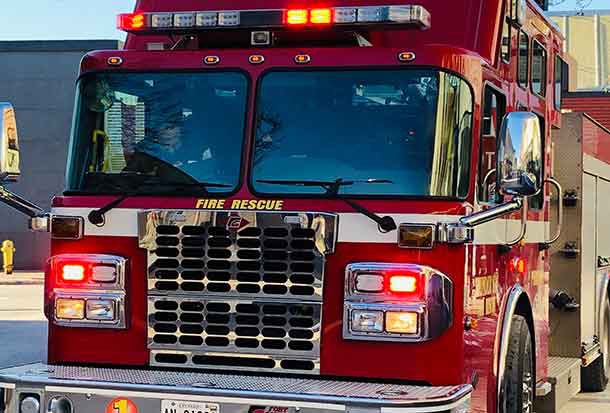 Thunder Bay – On November 15th, 2018 at 5:15 PM, Thunder Bay Fire Rescue Service received an alarm for a structural fire in the rear yard of a residential property on Harvard St.

The initial arriving pumper encountered a shed fully involved with a nearby fence also burning.

A second alarm was responded sending another two pumpers and an Aerial Ladder, with 9 firefighters.  An attack line was used to knock down the flames from the shed and fence. Once the fire was under control the second alarm units were cancelled sending them back to their stations.

Other Pumper crews assisted with a water supply to the attack Pumper, a second hose line to extinguish a woodpile that was exposed to fire, and setting up a foam system to aid in extinguishing gasoline that pooled under the shed and woodpile.

Hydro lines over the area were affected by the fire and were arching. Thunder Bay Hydro responded and dealt with the issue in a timely manner.

The cause of the fire is under investigation. The shed experienced heavy damage rendering it unusable. No injuries were sustained as a result of this fire.