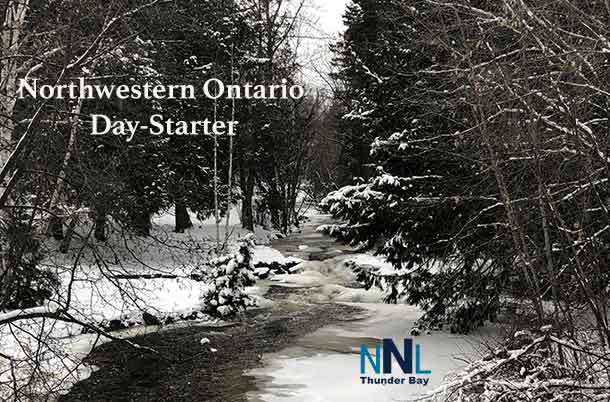 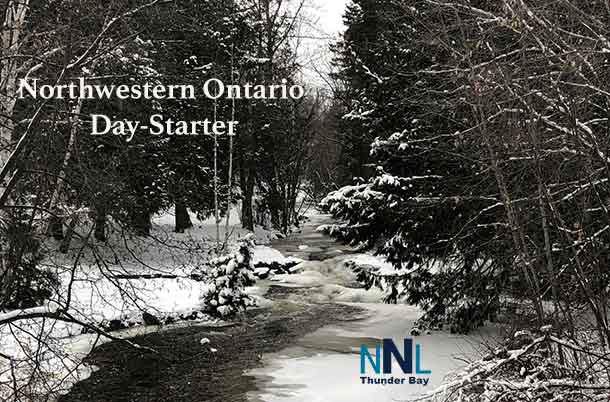 THUNDER BAY – Good morning Northwestern Ontario. Today’s weather should be far nicer on the noses and fingertips. It is still chilly out there, but the trend is for warmer winter days over the next week. Environment Canada is forecasting that now ending in the afternoon then cloudy conditions. Total snowfall amounts of between 2 to 4 cm by the time the snow tapers off. For Thunder Bay, today’s high should be minus 8. Looking into this evening expect cloudy periods with a 30 percent chance of flurries. The overnight low will be about minus 21.

Monday, January 15th, 2018 will mark the 40th anniversary of the death of Constable John S. Kusznier.

Don Rusnak, Member of Parliament for Thunder Bay—Rainy River, and Patty Hadju, Member of Parliament for Thunder Bay—Superior North, will host a consultation to receive feedback from the public in preparation for Budget 2018. The discussion will focus on progress for the middle class, the economy of tomorrow, lifelong learning, gender equality and how Budget 2018 can best accommodate Northwestern Ontario and our unique needs.

The Consultation will happen at the Canadian Lakehead Exhibition Grounds from 1:00 PM until 3:00 PM.

On the provincial political side – Liberal MPPs on the Standing Committee on Finance and Economic Affairs will be in Thunder Bay on Monday, January 15, 2018, from 9:00 A.M. – 2:45 P.M. to conduct pre-budget consultations.

Over the course of the week, the all-party Committee is holding pre-budget consultations across the province in Thunder Bay, Sudbury, Ottawa, Kitchener-Waterloo, and Windsor. The Committee will hear from dozens of individuals, businesses, academics, labour partners, anti-poverty groups and community organizations on what they want to see in the 2018 Ontario budget.

Please note that the public consultation will be open to media.

The OPP report that over the period of the Festive Ride Program a total of 587-drivers were charged with impaired driving. Sadly there were an additional 366 drivers who received license suspensions.

There were an additional 26 drivers who were charged with being impaired due to drugs.

These are numbers that should cause all of us pause, and make people question the way we are treating alcohol consumption in our social gatherings.

Dry Feb is a fundraiser that challenges you to go alcohol-free in February and raise funds for the Canadian Cancer Society. It helps you get healthy and clear your head while also raising funds for an important cause. You don’t often get the chance to raise money for charity by not doing something!

Proceeds from Dry Feb will benefit the Canadian Cancer Society to fund life-saving research and compassionate support services such as peer support programs or wigs for women who have undergone cancer treatment.

What Did You Miss?

Thunder Bay on Track for Dubious Title of Murder Capital.