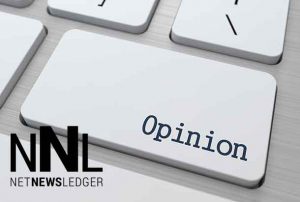 WINNIPEG – OPINION – The federal government has reached an agreement in principle to settle outstanding class-action lawsuits relating to what has come to be called the “60’s Scoop”. Eight hundred million dollars will be set aside to settle claims of First Nations and Inuit children who were removed from their homes – “and lost their cultural identity” – between 1951 and 1991.

This settlement represents the claims for cultural loss by status Indians and Inuit only. Metis and non-status claims remain outstanding, as do claims for other types of loss. The final bill is sure to be in the billions. A national inquiry on the issue is almost certainly being planned – to begin once the inquiry into missing and murdered Indigenous women and girls have issued its report.

The Winnipeg Free Press reported that an emotional Indigenous Relations Minister Carolyn Bennett said at the announcement of the settlement:

“I don’t know what people were thinking. I don’t know how anybody – why settlers or government thought they could do a better job than the village.” She continued: “That secure personal culture identity is the key to health outcomes, education outcomes, economic outcomes. And that was locked away.”

Present at the announcement was Sheila North Wilson, Grand Chief of the Manitoba Keewantinowi Okimakinak. Ms. Wilson praised the settlement, but noted that Manitoba’s child apprehension rate remains the highest in Canada, with the vast majority of the apprehended children being Indigenous.

So, to answer Dr. Bennett’s questions, perhaps a good place to start would be with Manitoba’s Indigenous child welfare agencies and workers. If the solution implied by Ms. Bennett – namely, just to leave the children in their birth home and community is so simple – why are they still apprehending Indigenous children in such large numbers?

But that is all behind us now. Indigenous social workers and Indigenous agencies are in charge. However, they continue to remove children from their homes in alarming numbers. Why?

I think that if you asked the Indigenous workers why Manitoba apprehends so many Indigenous children – in fact, more than were apprehended at the height of the “60’s Scoop” – the answer an Indigenous worker would give you would be basically the same answer that the non-Indigenous worker of the last generation would have given. It would go something like this:

“We work very hard to keep children with their parents. Unfortunately, in too many situations the parents (often, just the mother) are unable or unwilling to provide a home for the child – usually due to alcohol, or substance abuse issues. Every effort is made to help the parents, but sometimes the parents are unable or unwilling to accept the help. Even then, we make every attempt to place the child with extended family, or with another Indigenous care giver in the community. Only if all of these efforts fail do we make the painful decision to remove the child. Our work is greatly complicated by the fact that many of the children, and many of the parents, suffer from Fetal Alcohol Spectrum Disorder (FASD).”

The only significant difference between what child welfare workers from an earlier decade would have told you is that there was very little understanding of FASD until well into the 1990’s.

So, in a nutshell, Dr. Bennett, it is not quite as easy as you seem to think. Child welfare workers of yesterday, and today’s Indigenous child welfare workers would both agonize over the same Sophie’s choice – “do I leave this child in a home that is either inferior, or downright dangerous – thus condemning the child to a very uncertain life, or no life at all – or do I remove the child and risk rupturing a vital bond?”

Clearly, if the decision was an easy one, all 11,000 or so of the children we now have in care could be sent home today. So you see, Dr. Bennett, that the “60’s Scoop” is not over at all – it continues at an even faster rate than before.

If we are to be totally honest about this, more Indigenous children are being “scooped” into Manitoba’s child welfare system on an annual basis than were being placed in Residential Schools at the zenith of their operation.

A child welfare system must assist families in times of crisis, but should then back off when the crisis has been managed. A system must take children who have nowhere else to go – and Manitoba has more than its share of such children. However, too many children are taken into the system in Manitoba with no plan, other than to warehouse them until they become adults. This must stop.

For comparison purposes, Saskatchewan has an Indigenous demographic very similar to Manitoba, but has about 4,000 children in care at any one time. That is probably a realistic goal for our province

But Dr. Bennet’s implies that all children should simply be left in their own homes, regardless of the circumstances. Her solution would condemn thousands of Indigenous children to a life sentence of hopelessness. And some children would die.

There are so many other issues raised by Bennett’s astounding statement, such as a seeming condemnation of all adoptive parents and “settlers” for “locking away” their adopted children’s “secure personal culture identity”, but for the purpose of this article I will discuss just one. It is this:

Dr. Bennett implies that people in the past did badly on the issue of apprehended Indigenous children, but we are doing better now.

Is this the case?

In the past, adoption of Indigenous children was seen as the solution to the problem of the many children from alcohol-plagued communities who needed homes. Social workers entering the most troubled reserves for the first time in the 1960’s (as a result of a federal-provincial agreement) were shocked to discover totally dysfunctional communities, rampant with alcohol abuse, violence, incest, and the resultant parental neglect. The workers owed their first duty to the children, and there were many apprehensions. As we can now see, there were too many apprehensions. Like Manitoba’s child welfare system is doing today, apprehension was used in too many cases where assistance should have been offered to families, with the children left in the home under close supervision.

The majority of the children from those communities were not apprehended, but were left to their fate. The dismal statistics – well known by now – regarding jail, poor health, and short lives tell their story.

Manitoba couples were urged to give the apprehended children a chance for a better life. Indigenous couples were not adopting the children, so young mainstream couples stepped forward. In the main, these people were at least as caring and compassionate as the average person. They thought they were doing the right thing. As they began to experience problems with the adoptions little help was available. Neither level of government gave them any help. Nor did any of the chiefs’ organizations.

As a result, many of these adoptions failed. Racism certainly played its ugly part, as did FASD, and other factors. Indigenous advocates have now successfully convinced politicians that Indigenous children – alone among all other racial and ethnic groups in the world – cannot be successfully adopted by anyone other than people from that child’s exact cultural background. The result is that adoption has been thoroughly discredited as a way of providing Indigenous children in need with permanent homes.

As a consequence, it is now practically impossible for a non-Indigenous couple to adopt an Indigenous child. For reasons that are not clear, there are still very few adoptions of Indigenous children by Indigenous couples. Arrangements, such as “kinship agreements” are being tried, but these are really just foster homes by another name, as they depend on a fee for service. As a result, permanent wards are adopted in a handful of cases only.

So what happens to the thousands of Indigenous children who are “scooped” into the child welfare system? What are their lives like?

We know from media reports that some wards have been checked into hotels by agencies. The tragic case of Tina Fontaine focused our attention on the astonishing fact that children, who were supposedly in the care of an agency, were living unsupervised lives on the street and riverbanks during the day, and then flopping in their hotel rooms when they felt like it. We also know that some very young wards of the system were supervised incompetently – or not supervised at all. The late Phoenix Sinclair is the best known of those tragic cases.

However, most of the children in care live in foster homes, and not hotels. There are some Indigenous foster homes, but – just as in the past – there are simply not enough stable Indigenous foster parents willing to take on the arduous task of fostering children. It must be born in mind that about half of the Indigenous children in care are high needs children. Most are described as “developmentally delayed” – that is government “politically correct” code for FASD. Some of these children have major physical, as well as mental problems, so it should come as no surprise that it is difficult to find caregivers willing, or indeed, medically qualified, to look after these children.

The irony here, of course, is that Indigenous children continue to be placed in non-Indigenous homes. The only difference from previous decades, when adoption was the norm for children made permanent wards, is that the people looking after them are not adoptive parents – they are people hired to do a job that comes to an end when the children leave their homes. Some of these people are outstanding individuals, but the fact is that foster parents cannot take the place of a parent – biological or adoptive.

In truth, Manitoba’s child welfare system is warehousing most of these children until they become adults. There appears to be no convincing evidence that the majority of the apprehended children do any better than the children left to their fate in inadequate homes.

And what happens to the children when they turn eighteen?

The short answer is that most of them are placed on the welfare rolls and left to live on the mean streets of Winnipeg, or to make their way back to the grim communities that failed them. It is true that the neediest children are eligible for a few years of extra help from the system, but that help consists basically of financial assistance and the occasional visit of an overloaded worker. These children have no family to turn to. They are truly the “lost children”.

It is a sad reality that many of the young people in our jails are “survivors” of the child welfare system. The statistics for this group – the poorest of the poor – are dismal.

So, while Dr. Bennett and Ms. North Wilson are patting each other on the back, and excoriating yesterday’s adoptive parents for robbing children of their culture, both women, and their provincial counterparts should ask themselves some questions:

* This is Part 1 of a two-part series. Part 2 asks the question: “Why aren’t apprehended Indigenous children entitled to permanent homes?” Originally published by the Frontier Centre for Public Policy.