FORT HOPE – Bob Nault, Member of Parliament for the Kenora riding, delivered an exciting shipment of packages to students at John C. Yesno Education Centre in Fort Hope First Nation recently. With money raised by Sir John A. McDonald Secondary School, led by student Janaki Mehta, and a generous donation from Canadian Tire’s JumpStart, Nault delivered new inflatable play structures for indoor and outdoor use, a giant kin ball, and a 20 new pairs of skates and helmets will be delivered in time for next year’s hockey season.

“Janaki, and her fellow Waterloo students, have demonstrated a tremendous sense of social conscious and extraordinary leadership skills. It is very motivational to have young people so passionate about reaching out to help other young people. It was heartwarming to be in Fort Hope First Nation to see the children receive the donation, and to witness, firsthand, the positive impact it will have on their lives,” said Nault.

On April 7, 2016, Fort Hope lost its community centre to a fire, resulting in an estimated $1 million in repairs. The ‘Voices of Fort Hope’ fundraiser, a part of a year-long focus to raise awareness and funds for the residents of Fort Hope First Nation, was organized by Mehta and fellow members of the Social Justice Club at Sir John A. McDonald (SJAM).

Last June, Nault and Minister Chagger (Member of Parliament for Waterloo), joined students of Fort Hope First Nation and SJAM in a Google Hangout. The hangout was facilitated at Google headquarters in Ottawa, to commend the work of Janaki Mehta and her fellow Waterloo students in raising funds to help Fort Hope.

In total, SJAM students raised almost $4,000 for the purchasing of the new equipment. The kin ball, skates and helmets were donated by JumpStart.

“The strong ties that have developed between our two communities in the past year stands as an inspiration for us all. What began as an inspiring act of support to help the Fort Hope First Nation rebuild has grown into an incredible partnership and friendship between the students of Sir John A. McDonald and John C. Yesno. I am very impressed by the students and their hard work, especially Janaki, who has shown such compassion, wisdom and leadership since the beginning. She and her fellow students demonstrate to all Canadians that young people are not just the future leaders of tomorrow – they are already the leaders of today,” shared Bardish Chagger, Member of Parliament for Waterloo, Leader of the Government in the House of Commons and Minister of Small Business and Tourism.

“The students down in Waterloo have been an absolute pleasure to deal with. The fact that they and their teacher “adopted” our school for their Social Justice project speaks volumes to the genuine care and concern they have for those less fortunate than themselves. Also, the fact that we are able to use their wonderful donation to help our youngest and probably most neediest students (the JK and SK students). We are very grateful for the gifts that our Honourable MP Mr. Nault and his group are bringing up to our community and for the support that JumpStart has offered to us as part of this donation,” comments Bob Salvisburg, Principal, John C. Yesno Education Centre, Fort Hope First Nation.

Janaki Mehta, Sir John A. MacDonald Secondary School Social Justice Club said, “To finally see these donations reach the school has proven to truly be the penultimate moment of this project. Although a huge undertaking, the tremendous efforts that were put into this project were received from the youth in Fort Hope by smiles and meaningful words worth many times more than any tangible donation that I can offer. My thanks to these students for reaffirming my commitment to bridging the gap between Indigenous and non-Indigenous youth. Even if just for creating invaluable and endearing sentiments such as these.” 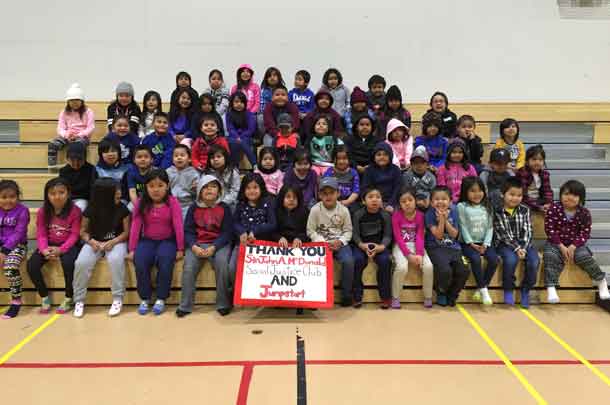 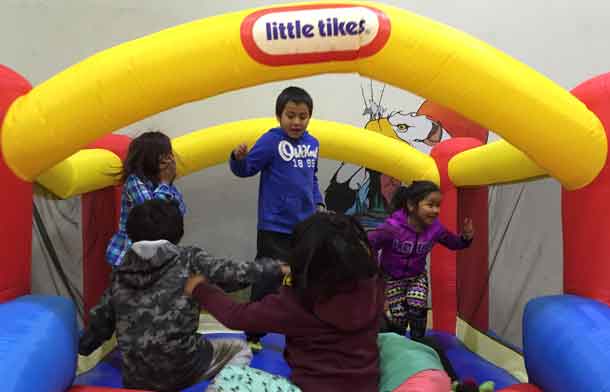