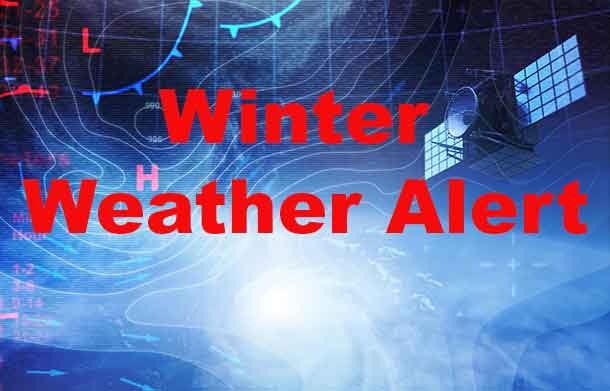 Thunder Bay – WEATHER – The winter storm tracking across Saskatchewan, Manitoba and Northern Ontario continues to generate weather alerts and warnings. There are storm warnings and blizzard warnings out, as well as freezing rain warnings for much of the north.

Blizzard warning in effect for:

Blizzard conditions with gusty winds and persistent visibility near zero in snow and blowing snow are expected or occurring. An intense low pressure system will bring blizzard conditions to parts of northern Manitoba beginning tonight and lasting into Thursday.

Conditions will deteriorate overnight as falling snow and northerly winds of 50-70 km/h combine to reduce the visibilities to near-zero in blowing snow. The winds will increase in speed Tuesday, especially over Churchill, with gusts of 120 km/h at times likely Tuesday night. Conditions will begin to improve Wednesday evening over eastern areas, from Lynn Lake to The Pas, Gillam and Tadoule Lake, and Thursday over Churchill and York as the winds begin to diminish.

By Thursday, snowfall totals for this system will be in the 40-60 cm range. The heaviest snowfall amounts of 20-30 cm will fall between The Pas to Churchill tonight and Tuesday.

A storm system developing over North Dakota is forecast to track to southern Manitoba tonight and intensify as it moves over Northwestern Ontario Tuesday. This system is forecast to bring a period of freezing rain to northern portions of Far Northern Ontario tonight into Tuesday morning. Freezing rain warnings are in effect. Freezing rain will change over to rain Tuesday morning, then change to snow Tuesday afternoon over southern portions and Tuesday night over northern portions. Snowfall totals from this system are expected to be in the range of 10 to 20 cm. Snow will taper off by Wednesday night.

In addition, winds will be increasing Tuesday night into Wednesday with areas of blowing snow and poor visibility in open areas. Blizzard conditions are possible over northern areas. Travel will become hazardous.

There is still some uncertainty on the exact track and intensity of this system, which will have an impact on precipitation type and overall snowfall amounts. The public should monitor forecasts and future watches and warnings as this system develops.