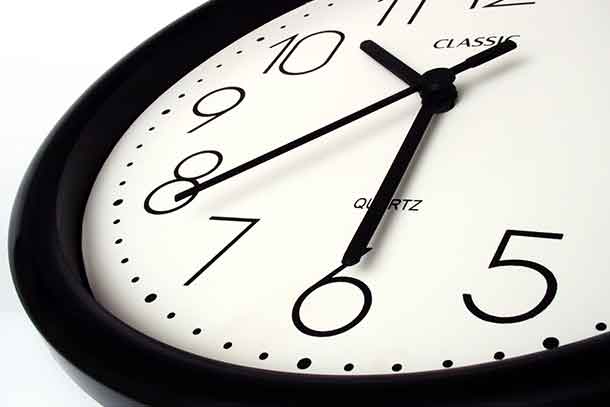 THUNDER BAY – LIVING – Are you always tired? When you go to bed and how long you sleep at a time might actually make it difficult for you to stop worrying, according to researchers at Binghamton University.

The study, led by Binghamton Anxiety Clinic Director Meredith Coles and graduate student Jacob Nota, found that people who sleep for shorter periods of time and go to bed very late at night are often overwhelmed with more negative thoughts than those who keep more regular sleeping hours.

People are said to have repetitive negative thinking when they have bothersome pessimistic thoughts that seem to repeat in their minds without the person feeling as though he or she has much control over these contemplations. They tend to worry excessively about the future, delve too much in the past and experience annoying intrusive thoughts. Such thoughts are often typical of people suffering from generalized anxiety disorder, major depressive disorder, post-traumatic stress disorder, obsessive-compulsive disorder and social anxiety disorder. These individuals also tend to have sleep problems.

Previous studies have linked sleep problems with such repetitive negative thoughts, especially in cases where someone does not get enough shuteye. Nota and Coles set out to replicate these studies, and to further see if there’s any link between having such repetitive thoughts and the actual time when someone goes to bed.

They asked 100 young adults at Binghamton University to complete a battery of questionnaires and two computerized tasks. In the process, they measured how much the students worry, ruminate or obsess about something — three measures by which repetitive negative thinking is gauged. The students were also asked whether they were more habitual morning or evening types, preferring to hold regular hours or to have a sleep-wake schedule that is more skewed towards later in the day.

The researchers found that people who sleep for shorter periods of time and go to bed later often experience more repetitive negative thoughts than others. This was also true for those students who described themselves as evening types.

“Making sure that sleep is obtained during the right time of day may be an inexpensive and easily disseminable intervention for individuals who are bothered by intrusive thoughts,” said Nota.

The findings also suggest that sleep disruption may be linked to the development of repetitive negative thinking. Nota and Coles believe that it might benefit people who are at risk of developing a disorder characterized by such intrusive thoughts to focus on getting enough sleep.

“If further findings support the relation between sleep timing and repetitive negative thinking, this could one day lead to a new avenue for treatment of individuals with internalizing disorders,” added Coles. “Studying the relation between reductions in sleep duration and psychopathology has already demonstrated that focusing on sleep in the clinic also leads to reductions in symptoms of psychopathology.”

This study is part of a line of research examining the relations between sleep behavior and mental health. Based on growing evidence linking sleep and psychopathology, Nota and Coles and their colleagues at Binghamton University are aiming to understand how information about sleep may be used to help individuals with anxiety disorders.

Why Do We Do It? Bedtime Procrastination

Easy and Safe Ways To Deal with Insomnia

How You Can Sleep Better In Spite Of Back Pain