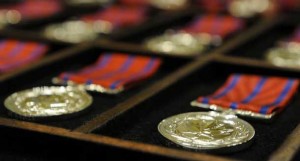 TORONTO – NEWS – Sixteen firefighters and six police officers are receiving Ontario’s top honours for bravery. “These extraordinary individuals inspire us with their courage and devotion to the public good. I am privileged to be presenting these medals for bravery to Ontario’s finest firefighters and police officers,” stated The Honourable Elizabeth Dowdeswell, Lieutenant Governor of Ontario.

The recipients of the Ontario Medal for Firefighter Bravery include:

The recipients of the Ontario Medal for Police Bravery include: