NetNewsLedger can report it has been confirmed that Shreve’s lawyer Denis Grigoras of the Grigoras Law Offices has served him with an order to be removed as the solicitor of record.

Nicholson is represented in the matter by Ronald Caza of the Caza Saikley law firm in Ottawa.

In an interview with The Atlantic Magazine in the US last year he denied that he was positive for the disease saying: “‘My blood is clean,’ [Shreve].’” See “Wrestlemaniac,” June 13 2012:  http://www.theatlantic.com/magazine/archive/2012/07/wrestlemaniac/309010/

Nicholson is currently in his 31st of 36 weeks on a new experimental chemotherapy like Hepatitis C treatment called Incivek “Triple Therapy.”  Hepatitis C is a potentially fatal “blood to blood” disease known to affect more than 170 million people worldwide.  It is the number one reason for liver transplants in the US.

Shreve attended mediation in Ottawa on December 21st 2012.  There is a motion set to be heard on the matter in the Ontario Superior Court of Justice in this summer.

Shreve commented on the lawsuit in this interview with Global TV (Canada’s 3rd National Network):

Abdullah the Butcher battled Hannibal (Devon Nicholson) in a match in Thunder Bay. 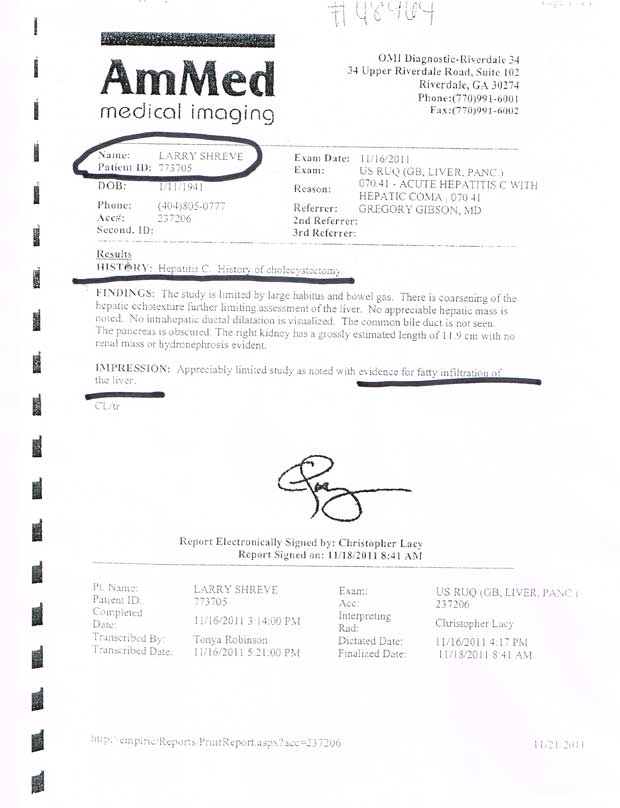