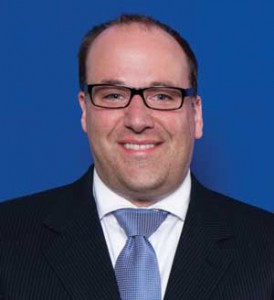 THUNDER BAY – Although I am new to the world of politics from the perspective of someone seeking elected office, I have been an avid follower of all things political since I was quite young. One thing you realize fairly quickly is that certain political phrases tend to be overused.

I guess I will be guilty of doing just that with my simple observation from my tour last week of the North Shore communities within the riding. “It’s the economy, stupid!”

As most people know, James Carville coined that infamous phrase in 1992. I was in my final year of Political Science at Lakehead University when the Clinton / Bush Sr. campaign was heading to its finale, and the economy was the key issue.

As I drove through Marathon, Schreiber, Terrace Bay, Nipigon and Greenstone this past week, that phrase kept summing up the feelings of most of the people I talked to.

These towns need help from their government to grow their industrial bases, and they need that help immediately. The one industry that is front and center in most of the communities we visited was, no surprise, forestry.

The day we arrived in Geraldton, the front page of the local Greenstone Times Star newspaper discussed the potential reopening of the Longlac pywood and waferboard mills. In fact, a memorandum of understanding has been signed between the Municipality of Greenstone and Ginoogaming First Nation in regards to the potential re-opening. However, as seems to be the case across the north, the key issue surrounds wood allocation.

As the article notes, so far the province has not provided wood allocation for this project. And this is the heart of the problem with the current allocation system. As we state in changebook North, our plan that was released last month specifically focusing on Northern Ontario, Ontario’s forestry sector needs to know that there is a stable wood supply.

The PC Party of Ontario believes that our provincial forests will support 26 million cubic meters per year for existing and new mills. So far, the Liberal Government has allocated a fraction of this number, and has done so in a manner that is confusing and unfair.

To be fair, one of the comments I heard fairly regularly in most of the towns we visited this past week was that Michael Gravelle is a frequent visitor to the North Shore. And consistently this was followed by accolades for what a nice man he is. I couldn’t agree more, and have stated a similar opinion in earlier candidate’s However, I take great issue with the fact that Ontario’s current wood allocation process is beyond flawed, and it takes threats of sourcing wood from Minnesota to have a supply finally allocated, as we witnessed recently with Global Sticks in Oliver Paipoonge. (Global Sticks was in fact sourcing 95% of its wood from the US after being initially rejected for their wood allocation).

Towns like Longlac and Marathon need more than a nice guy who visits frequently.

A Tim Hudak government will create a forest tenure system that is transparent, fair, and provides the certainty necessary for job creation. Forest tenure is the cornerstone to the certainty the industry needs to invest in Ontario.

The NDP alternative isn’t likely to provide the needed change to create business certainty for the forestry sector. As we’ve clearly seen, the NDP is a conflicted party that has left its roots in supporting workers to adopt myopic Southern Ontario environmental policies that do not serve the North or our need for job creation.

The last thing that towns like Longlac need is to lose the potential for new jobs because the wood allocation system in the province is flawed. A Tim Hudak Government will work closely with the forestry industry to rid us of the chaos that has been created by Dalton McGuinty’s confusing policies that do nothing but hurt the sector. Our North Shore communities need assistance growing their economies. I am proud of my background of creating jobs. It is this experience that will help the entire region focus on what is most important; growing our economies so future generations can stay in the communities that they grew up in and love.