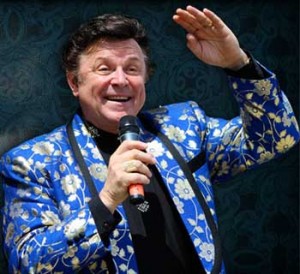 THUNDER BAY – A legend in the world of Rock and Roll is about to be inducted in the Italian Walk of Fame in Toronto. That legend is Port Arthur born Bobby Curtola. The ceremony will happen on September 5th. Bobby Curtola, who hails from Port Arthur, had several songs on the Canadian music charts beginning with “Hand In Hand With You” in 1960 and his biggest chart-topper came in 1962 with the song, “Fortune Teller.”

In 1966 he won a RPM Gold Leaf Award for becoming the first Canadian to have an album go “Gold.” Curtola went on to a successful singing career at Las Vegas casino venues and still performs at various clubs today. In 1998, in recognition of his long service to the Canadian music industry as well as his humanitarian work around the world, he was made a member of the Order of Canada.

Curtola’s next honour will be his induction on the Italian Walk of Fame.

“Bobby was one of the first international-scale celebrities to help a new tradition of putting Canada’s Lakehead on the map. We had a large number of stellar athletes making news but the world of entertainment was largely dominated by American and European stars,” shares Ken Boshcoff, who presented Bobby Curtola with a special award when he was Mayor of Thunder Bay. “Bobby meteoric rise was a true sensation. and he was a bone fide pop star. That he remembers his roots is testimony to his class, he is a great friend and the entire community is very proud of his continuing achievements!”

The 3rd annual red carpet star unveiling ceremonies will take place in Toronto’s “Little Italy” in front of the CHIN Building (622 College St.) at 2:00 pm on Sept 5, 2011. An awards gala, co-chaired by board directors Dominic Campione and Sam Ciccolini, will follow later that day at the Riviera Parque Banquet & Convention Centre in Vaughan (2800 Hwy 7 West) at 6:00 pm.

Located in the heart of Toronto’s famous downtown tourist destination known as “Little Italy,” the Italian Walk of Fame (IWOF) pays tribute to the extraordinary achievements of Italians both locally and globally in all fields with stars placed permanently and prominently in the sidewalk of College Street. “This event includes a full day of festivities where celebrities, dignitaries and the community alike celebrate their Italian heritage”, explained Co-Founder Jimi Bertucci. The tradition of placing stars bearing the names of these individuals as a lasting reminder of their contributions and accomplishments on the sidewalk in Little Italy began in 2009.

“The unprecedented support from the community for the first chapter of this ongoing celebration has been overwhelming”, said Co-Founder Marisa Beaco-Lang. Due to the overwhelming public presence, College Street, between Clinton and Grace Streets will be temporarily closed for the Induction ceremonies, allowing the Toronto public a live look at the honored guests.

NetNewsledger.com reader, George Lawrence shares, “If my memory is correct Mr Curtola entertained at the old Colonial Theatre on then Arthur St in Port Arthur anong other venues I might add back in fifties and sixties The MC was Jack Masters, One thing for sure Myrna Lorrie appeared on those amateur shows back then. I definately recall her being on the Colonial stage. If I’m not mistaken the manager of the Colonial at the time was Mr Palmer”.

NetNewsledger.com congratulates Bobby Curtola on this latest honour in his long and successful career.

If you would like to take a stroll down musical memory lane, you can visit the Youtube Bobby Curtola page.

Pat Lang – Hospital Board Director Appointed to the Order of Canada