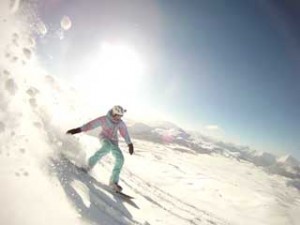 THUNDER BAY – Right now most Canadians are trying to cram as much summer fun into the last weeks of summer. However not everyone is hoping that winter is a long way off. Out in Alberta, at Sunshine Village Ski Resort, the thoughts are already starting to turn toward winter, and deep powder snow for snowboarding and skiing. In the Canadian Rockies, in winter, snowfall amounts are critical toward successful ski season.

In Thunder Bay as September draws nearer, ardent snowboarders and skiers start making plans to start sliding at Mount Baldy and Loch Lomond. In Calgary, the closest major city to Banff and Sunshine Village, the winter ski season is almost as important as the Calgary Stampede. Ski shops in Calgary are already holding their fall sales to entice Calgarians into their shops to get ready for the ski season.

“We expect North America and the Pacific Northwest region to experience a very severe winter, the Cascades snowpack is likely to see increased levels due to the negative (cold) phase of PDO. Our weather models are also showing an increased likelihood for major snow events in Northeastern and Midwestern parts of the US throughout December 2011 and January 2012, that could see severe blizzard conditions hit New York City and Chicago.

“With low solar activity levels, changes to the Gulf Stream, the negative Pacific Decadal Oscillation (PDO), and the general trend for a much colder winter after the onset of last year’s La Niña, this winter could prove to be a record breaker with extremely cold temperatures and exceptional levels of snow for many parts of the US”.

“I fully expect many parts of the Pacific Northwest and Western Canada to experience a particularly harsh winter this year with copious amounts of snow,” stated Madden.

That might mean a great ski season for skiers. But also may mean now is the time to get your planning for winter started. Is the snowblower ready to go? Are your snow tires ready? Are you making plans for a ski weekend in Western Canada? 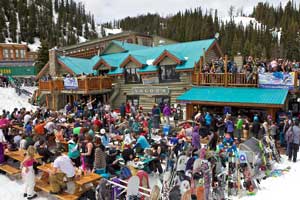 Boasting one of the longest ski season in Canada, on all natural snow, Sunshine Village opens usually in November and skiing continues until the Victoria Day long weekend when the annual Slush Cup winds down the season. Often however it isn’t a lack of snow in spring, but a lack of skiers that ends the ski season. As spring hits, people start turning their interests to golf, tennis, hiking and summer fun.

Right now, at the end of August, in the Canadian Rockies, thoughts are starting to turn to winter. Weather forecasters say the enduring La Niña effect could deliver yet another season of relentless, deep powder to Sunshine Village and the Banff area. Some experts predict this season will bring the same cold temperatures and, more importantly, lots of the white stuff to the ski and snowboard resort in Banff National Park.

Long-range forecasts UK-based weather forecaster James Madden of Exacta Weather have proven more accurate than those of the Met (meteorological office) in the UK. Madden’s forecasts are based on several natural factors including solar activity, ocean behaviour and atmospheric circulation.

Exacta Weather is a non-profit weather organisation that comprises a team of meteorologists from around the world, who share and supply their data and research with Exacta Weather. All the forecast information they provide is on a purely voluntary basis, they simply have a passion for weather and offer proven track records in accurate long range and seasonal weather forecasting.

David Phillips, Environment Canada climatologist and all-round weather guru, predicted normal winter conditions until the end of 2011. Looking into early 2012, however, “The atmospheric response to the water temperatures is showing a La Niña look, which would mean this winter will be more like last winter than two years ago,” Phillips said.

“What the models are showing across the West is colder than normal situations to wetter than normal conditions. The season may be earlier coming on; you’ll get snow sooner rather than rain. “While it is impossible to guarantee any trend”, said Phillips, “Early models indicate more cold and more precipitation”.

COVID-19 Shutdown will be Hard on Ski Resorts