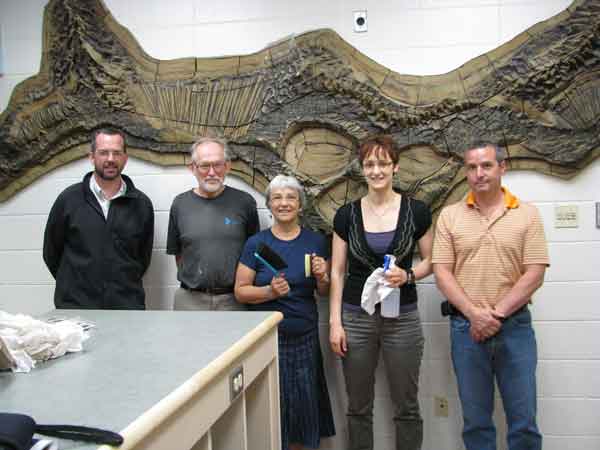 THUNDER BAY – The next time you visit the Canada Games Complex, be sure to check out the new mural. As part of the recent lobby renovations at the Canada Games Complex, a wall was removed and has revealed a new work of art for the public to enjoy. The mural, which was produced by members of the Thunder Bay Potters’ Guild, had spent several years being separated by a doorway. Half of it was inside of Inclusion Services, and half of it outside.

Trudy Jamieson and Alan Moon, both members of the Potters’ Guild and fabricators of the artwork, were assisting the City’s Public Art Coordinator with freeing the artwork of dust.

“We are delighted that the City of Thunder Bay has shown a commitment to acquiring and maintaining its public art,” said Trudy Jamieson, President of the Potters’ Guild. 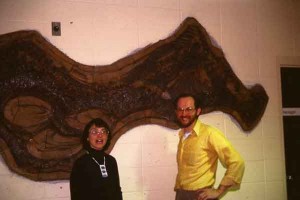 The mural was produced as a series of high-fired, stoneware tiles that represent an abstraction of the landforms and geography of Canada. It took approximately one year to create, and was donated by the Potters’ Guild for the opening of the Complex in 1981. The mural can be visited during the Complex’s regular operating hours.