THUNDER BAY – NEWS – Passenger rail has been the subject of debate in Ontario’s northern regions for as long as anyone can remember. Most recently arguments have been put forward in support of passenger rail on the basis of; tourism, connectivity, equity, and economic spin-off.

Overall, the study finds that there is no be-all and end-all definite answer. “I’m a supporter of passenger rail.” Said lead author Al Phillips, “However, it is important to follow the data, especially when discussing the future of transportation in Northern Ontario.  From an economic perspective, and in the context of allocation of resources, regularly scheduled passenger rail does not appear to make sense for Northern Ontario.”

Of course, there are other rationales for passenger rail. Including improved connectivity for First Nations communities, which is a strong argument for a return to passenger rail in some of Ontario’s northern regions. Short-line short-season tourism rail is another area worthy of consideration on a case-by-case basis.

Complementary or supporting freight rail: In Canada, regular freight rail activity is generally a prerequisite for viable passenger rail due to relatively small, widely dispersed populations and difficult route conditions. The report explains that using discontinued, yet still existing freight rail infrastructure might not be as cheap or easy as one would think.

Volume and Frequency: Decisions based on assumed volume and frequency should be tempered by the increased uncertainty of demand for transportation infrastructure in remote and thin markets. Phillips reiterates the population density factor. Northern Ontario has a population density of 1 person per km² in contrast with the Toronto Census Metropolitan Area which is approximately 1,000 people per km².

Subsidies: Subsidies have been shown to be integral to passenger rail, particularly in thin markets. They have been made to facilitate rail infrastructure but also occur where rail is the only land-based transportation option. That said, on a per passenger basis, larger subsidies are invariably associated with more remote or thin market rail.

“We should not kid ourselves,” says NPI President Charles Cirtwill, “All mass transit is subsidized. The question asked in this paper is whether there is any evidence to make an economic case for the subsidies to go to rail, versus road or air or other modes, or to some other public purpose entirely.”

If no train, then what? Buses. Bus and passenger rail are not equivalent services, but they serve similar functions. The expanding bus network and improvements to the on-board accessibility services in the Ontario Northland bus fleet appear, at least in part, to address the transportation needs of Northern Ontario’s aging population. Also, the level of per passenger subsidy required by bus service is much lower than that required to maintain passenger rail service.

To read “The thin case for passenger rail in Ontario’s northern regions”, follow the link: https://www.northernpolicy.ca/passenger-rail 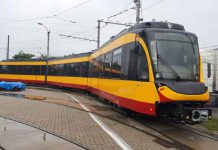 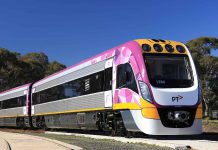 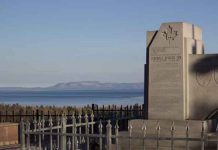 Hydrail – From Mooresville North Carolina to the World