GERALDTON – On June 20, 2020, members of the Greenstone Detachment of the Ontario Provincial Police (OPP) along with the assistance of the North West Region Crime Unit, North West Region Emergency Response Team, and OPP Canine Unit executed a search warrant at a residence in Geraldton, Ontario.

The search warrant was part of an ongoing investigation being conducted between the Greenstone and Thunder Bay Detachments.

As a result of the search, police seized several weapons including a Mauser .32 caliber handgun and brass knuckles.

Matthew MARINO, 30 years-old of Geraldton, ON has been charged with the following offenses pursuant to the Criminal Code:

The accused made a brief court appearance on Sunday, June 21, 2020, at the Ontario Court of Justice in Thunder Bay by video and was remanded into custody. 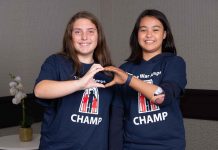