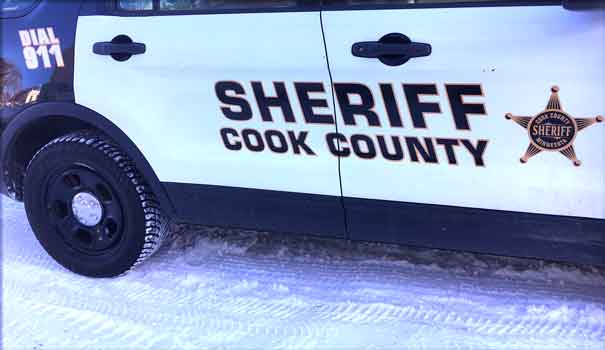 Cook County’s 911 Dispatch received a report of a fire in the back of the Crooked Spoon Café located on Wisconsin Street in downtown Grand Marais.

With high wind gusts, the fire was difficult to contain. Grand Marias Public Utilities Commission was dispatched to cut power to the area and the City also deployed a backhoe to assist firefighters to be able to knock the fire down. The Cook County Emergency Chaplains have also dispatched the Command & Rehab staging area and are supporting emergency units and business owners on the scene. The Minnesota Fire Marshal was dispatched and is en route to investigate the cause of the fire.

Firefighters now have the fire under control and will remain on scene until the fire is completely out and they can enter the mop-up mode.

“I commend the swift actions of our fire departments, the City PUC and all emergency personnel involved to contain this major fire under very difficult conditions and circumstances,” said Sheriff Pat Eliasen. “This is a devastating loss for our community and certainly the business owners.

Thankfully nobody was injured during the fire.”

No further information is available at this time. The cause of the fire remains under investigation and updates will be issued as they are available.