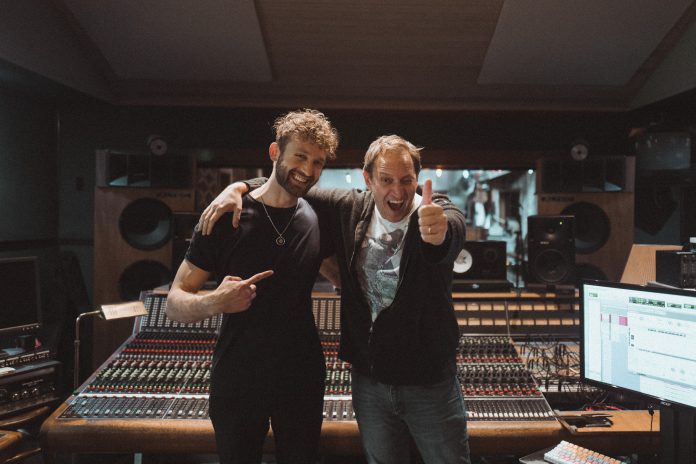 Music binds people together from all backgrounds during uncertain times, and we often turn to lyricists/artists to help make sense of difficult emotions. It’s challenging to find timeless lyrics in a world cluttered with trends and fads. However, celebrated producer Ryan Hadlock (The Lumineers, Brandi Carlile, Vance Joy) discovered something special in emerging Nashville-based singer/songwriter, Brandon Calano: heartfelt lyrics that ring with authenticity.

While Calano was touring through the pacific northwest, he reached out to Ryan Hadlock, at the recommendation of friend and mentor Chuck Morris (AEG Presents). The two met for coffee at Bear Creek Studio in Washington and instantly hit it off. Ryan began producing three cuts from Becoming Young’s album in January of 2020, including “Stand Down.”

The upcoming record, The Songs I Wrote You, brings the pair together for the first time, and the outcome is anticipated to be as soul-stirring as the title implies. Becoming Young’s new album is also a result of Calano’s collaboration with the legendary mixer, John O’Mahony, popularly known for his work with artists such as Coldplay, Metric, Sara Bareilles, and Shallou.

When talking about working with Hadlock and O’Mahony, Brandon remarked, “While I was touring and simultaneously writing these songs, I never imagined I would get to collaborate with these two studio legends. I have been a huge fan of their work for years now, and to have them as partners on this record means a lot to me. I feel incredibly lucky to be creating with these talented guys.”

While the release date of The Songs I Wrote You is not until fall of 2020, Calano is pumped up about his upcoming single, “High,” which is slated for release on April 24, 2020. Meanwhile, the young artist has been using social media and text messaging to connect with his fans directly. Becoming Young, who’s Spotify following has surged past eight thousand followers, has been giving fans previews of his soon-to-be-released songs via Instagram and an insiders-only text list. “I’m putting the finishing touches on fifteen songs, and I’ll have new music every month this year,” he concluded.