THUNDER BAY – Who should be on Canada’s new $5 bill?

The Bank of Canada has announced an online campaign calling for nominations to replace former Canadian Prime Minister Wilfrid Laurier, who has been on the $5 bill since 1972. Mayor Bill Mauro is encouraging everyone in the community to vote for Terry Fox to be chosen. 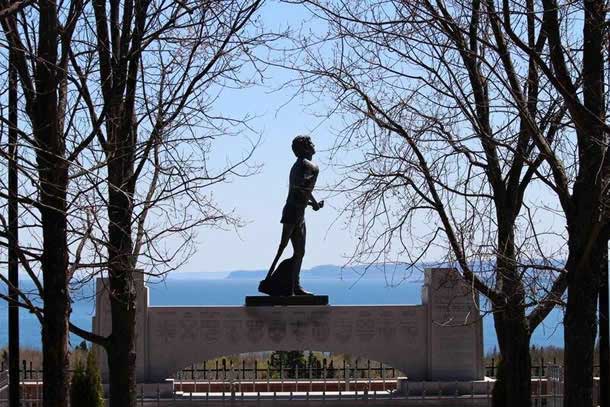 “Terry Fox is a national hero and such an inspirational figure for his Marathon of Hope and battle against cancer,” says Mauro. “He inspired the nation and the world through his courageous struggle, and his determination to raise funds for cancer research.’

After 143 days and 5,373 kilometres, Terry was forced to stop running just outside of Thunder Bay because cancer had appeared in his lungs.

Canadians have until March 11 to nominate. Close to 300 Canadians are in the running, including:

“There are so many deserving candidates being nominated. But the impact that Terry Fox has had on our community, and the legacy he has left, inspires me and I’m sure many local residents to nominate him for this honour. Imagine Terry on the five-dollar bill with the Sleeping Giant in the background.”

Fox’s hometown of Port Coquitlam, B.C. is also campaigning to get him on the bill. Mayor Brad West wrote to Finance Minister Bill Morneau and Bank of Canada Governor Stephen Poloz to express the formal support of Port Coquitlam. Mayor Mauro is writing to Mayor West to express his support. He is also bringing a resolution to Council’s Committee of the Whole on March 2 to endorse the nomination through letters to the Finance Minister and Bank of Canada Governor.

After all the nominations are in, they will be reviewed by an independent Advisory Council. Informed by the public opinion and historical research, the Advisory Council will confirm their short list that will be submitted to the Minister of Finance for a decision. The new $5 note will be in circulation in a few years.

Residents can submit a nomination on the City’s website at : www.thunderbay.ca