HOUSTON  BC – OTTAWA – The RCMP have started to enforce the injunction order against protestors. The move comes after the federal court ruling, and after talks between the Traditional Wet’suwet’en Chief and British Columbia broke down.

Via social media, spokespersons for the land protectors on traditional Wet’suwet’en Lands have stated the RCMP have started arresting people starting at the Kilometer 39 Camp on the Morice Forest Service Road, according to Gidimt’en clan spokesperson Molly Wickham.

The Royal Canadian Mounted Police in British Columbia at a press conference on Wednesday evening stated that the police are set to enforce the court order, and hope to make the area “Safe for all involved”. The RCMP stated that they will arrest protestors with a minimal amount of force.

An RCMP spokesperson says all the officers in this matter have received cultural awareness training.

The Trans Mountain Pipeline Expansion Project concerns the expansion of the existing 1,150- kilometre pipeline that runs roughly from Edmonton, Alberta to Burnaby, British Columbia. New works, such as pump stations, tanks and the expansion of an existing marine terminal, are also planned. The Project will increase pipeline capacity from 300,000 barrels per day to 890,000 barrels per day.

What the Federal Court states in its decision, “While the parties challenging Cabinet’s decision are fully entitled to oppose the Project, reconciliation and the duty to consult do not provide them with a veto over projects such as this one.”

“First Nations rights and title holders must be respected in all proposed development, and this, of course, includes the Trans Mountain pipeline, continued Bellegarde.

“Government and industry must do a better job of meaningfully consulting First Nations from the outset of all major projects and respecting First Nations rights in Canadian and international law,” adds the AFN National Chief.

Minister Seamus O’Regan, a former Indigenous Services Canada Minister, and now in charge of Natural Resources states, “We are committed to building a renewed relationship with Indigenous peoples based on the recognition of rights, respect, cooperation, and partnership. We know that consultations on major projects have an important role to play in building that renewed relationship, and that is why we took the necessary steps to address the issues identified by the Federal Court of Appeal in its August 2018 decision. The Government of Canada worked with communities to shape the Trans Mountain Expansion consultation process, ministers engaged directly, project conditions were amended and accommodations were co-developed to respond to concerns raised. Yesterday’s ruling affirms that the government fulfilled its duty to consult, through a meaningful, two-way dialogue.”

“As construction progresses, Canada will continue to engage with Indigenous communities in order to ensure this project moves forward in the right way, every step of the way,” states Minister O’Regan.

In British Columbia, the RCMP appears to be increasing its presence to apparently enforce the earlier court order.

RCMP taking over community centers to stage militarized raid. A mobile command unit is parked out front. Local paper frames this as a “fence” being installed.https://t.co/eHsWkU8WhG

These moves are coming despite there being parts of this decision by the federal court being open to appeal, and despite the fact that several of the parties who were “refused permission by this Court to challenge Cabinet’s decision have already applied to the Supreme Court for permission to appeal from this Court’s refusal to hear their challenges. They await a decision from that Court”.

The Government of Canada originally approved the Trans Mountain pipeline expansion project in November 2016.  In July 2018, the Federal Court ruled the Government of Canada must consult with Indigenous peoples and groups, and conduct a marine-related environmental assessment.  The Government of Canada purchased the pipeline for $4.5 billion in May 2018. The First Nations applicants, including the Coldwater Indian Band, Tsleil-Waututh Nation, Squamish Nation, and Ts’elxwéyeqw Tribe, argued that consultation remained insufficient.

Regional Chief for British Columbia Terry Teegee said, “Today we see another court decision that is another reminder that the UN Declaration on the Rights of Indigenous Peoples, and free, prior and informed consent are the necessary way forward. Obviously, the process is still flawed. We can replace conflict and court cases with progress, prosperity and stability. ” 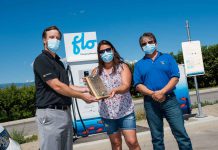