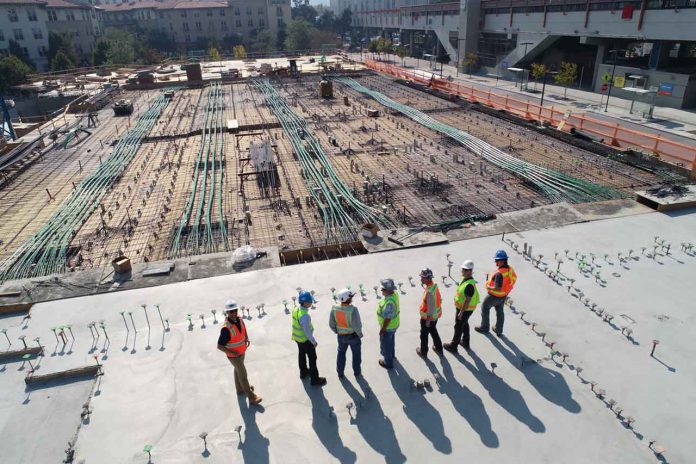 Although there are many Americans that are worried robots might make their own jobs obsolete, there’s reason to believe that devices equipped with artificial intelligence might solve some tough problems for numerous industries. With 8.4 million people employed within the U.S. construction industry during 2017, it’s only natural that at least some individuals would be concerned about how evolving technology might impact their professional lives. But considering that construction has experienced massive delays in technological adaption while continuing to be one of the top economic drivers worldwide, embracing what AI has to offer might be of great benefit to everyone working within this sector.

Today, we invest a great deal of time, money, and resources into the manufacturing of construction machines. In general, there are 12.5 million workers in the manufacturing industry (in the U.S.), which equates to 8.5% of the workforce. When talking specifically about construction machines, there were roughly 809,000 construction machines likely sold in 2017. However, high sales and a large workforce don’t guarantee that this equipment will be used efficiently. Construction projects are notorious for running behind schedule (and often over budget, as well). As a result, most people believe it’s best to find ways to speed up the process of execution. That can often lead to unforeseen problems, which can translate to delays and the need for more capital in order to make adjustments. One way to avoid this scenario is to utilize AI-equipped technology. Disperse, a British construction firm powered by AI, has developed tools that can analyze photos, drawings, and other data from construction sites and alert managers to potential problems that might arise. The technology can also measure progress, find areas that could become backed up, and suggest solutions to issues. Notably, the technology may also be able to stop the incessant blame game that goes on when problems are discovered; rather than contractors and subcontractors pointing fingers, the technology can intervene before those behaviors lead to even greater productivity loss.

There are other tools that focus on the construction planning process, rather than the building stage, as this is where many argue that technology can do the most good. There are now scheduling platforms being utilized during the planning process that will assist human users when determining the cost, sequence, and duration of construction work. Ultimately, these tools need human intelligence (or HI) to work properly, which means construction companies can benefit from greater insight without anyone losing their job. AI-equipped technology might not necessarily speed up the planning process, either. Some believe that doing so would lead to the same kinds of problems down the line. Instead of making planning go by faster, those that do the planning (with help from these tech tools) would be able to concentrate on what really matters, rather than being distracted by mechanics that can easily be handled by artificial intelligence.

In addition, there are now tools being developed and used to promote cloud-based collaboration, render 3D models, and complete simple tasks on-site. Construction robotics can even be operated remotely, while some are meant to survey and inspect construction sites to ensure everything is going according to plan.

That may seem like a lot of responsibility for a non-human entity, but the reality is that this technology isn’t meant to operate without actual workers guiding and overseeing the process. Ultimately, that means that these technological advancements could really help the industry move forward — without resulting in mass layoffs or other concerns. And in many cases, utilizing available technology can actually protect workers and keep them on the job. Although there was an 80% reduction in all workplace fatalities across the U.S. between 1971 and 2015, construction is still considered to be a highly dangerous industry. It’s entirely possible that robotics and other AI technology could both increase productivity and prioritize safety for workers. But in order to find out, more companies need to be willing to catch up.

Victoria Avenue Being Resurfaced Between Edward and Lillie Streets

Construction on Donald Street Set to Start on June 10

Construction And Architecture In The Era Of Climate Change