SUDBURY – A Thunder Bay man has been sentenced to 8.5 years in federal custody following a conviction in Sudbury Court for sexually assaulting two teenage boys almost twenty years ago.

The man’s name can not be released in order to protect the identities of his two victims. The sexual assaults happened in the Greater Sudbury area. The man was convicted on February 5, 2019, and was sentenced in the Superior Court of Justice in the Sudbury Courthouse.

Speaking at court during the man’s sentencing hearing Superior Court Justice Alex Kurke said, “He can’t be shown to have any insight into the gravity of the offences and the harm he has caused the victims”.

“The circumstances of this case are very serious,” continued Justice Kurke. “The accused does clearly abuse the position of authority. The accused manipulated the genitals of both complainants. The effects of these offences on the victims can only be described as devastating and life-long.”

The Crown was seeking jail terms of 8 years for one of the charges, and an additional 4 years consecutive sentencing on the second charge.

The man’s defence lawyer Denis Michel was seeking a total sentence of 2 years less a day, and 6 months consecutive on the second.

As part of the 8.5 year sentence Superior Court Justice Alex Kurke also requires the convicted offender to a DNA order, a lifetime weapons ban, and has ordered the convicted man also be listed on the national sex offenders’ registry for life.

Assistant Crown attorney Stephanie Baker told the court, “These offences are serious and reprehensible.” She added that the convicted man “Had taken on the role of a trusted family friend with one of the boys.”

Baker reported that one of the teens had his private parts fondled on two occasions and that the other teen was fondled repeatedly.

Northern Ontario a Major Player in Film and Television Production 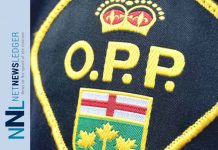