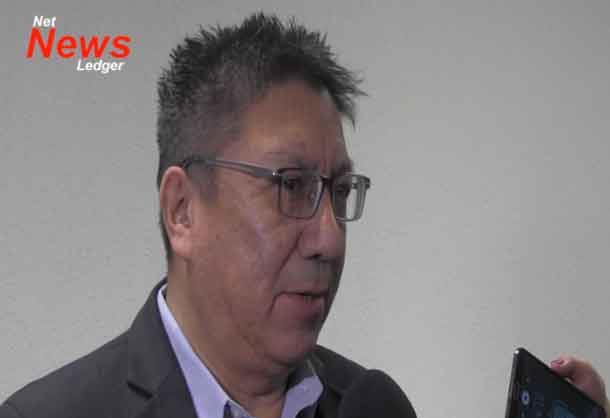 THUNDER BAY – Nishnawbe Aski Nation Grand Chief Alvin Fiddler says that he is determined to see the recommendations of the OIPRD implemented.

Speaking to media after the release of the OIPRD Report, the NAN Grand Chief says that NAN, while a visitor in this territory, has a responsibility for the people from Nishnawbe Aski Nation communities.

The Grand Chief tells NetNewsLedger that the task of the Police Services Board is to make sure issues like racism and the other problems outlined in the OIPRD report are taken care of.

Following the release of the OIPRD Report, Thunder Bay Police Chief Hauth took time to walk over to Grand Chief Fiddler for a conversation and a brief hug.

The Grand Chief asserts that NAN is willing to work with the TBPS toward making real change. ]