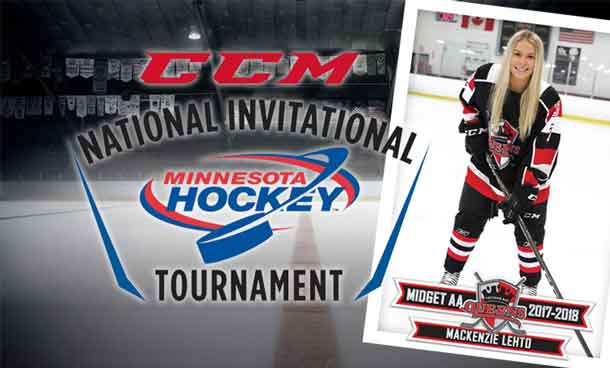 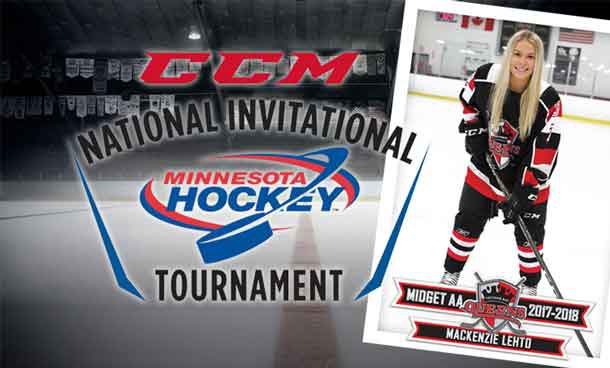 BLAINE, MN — Much like their last tournament, the Gridlink Midget A Queens chose to “play up” to higher competition at the CCM National Invitational AAA Showcase facing AAA U16 teams. The quality of their opposition would show as they’d drop their afternoon game against Team Flow 4-0 and their evening match versus Team Wisconsin by a score of 5-1 with the lone goal coming from Captain Caitlin Olinski. Saturday, the Midget As have an early morning start, 8:15 am, against Team Northern and then will get rest of the day off.

Over in the U19 division, the Sportop Midget AA Queens had their first and only game of the day against the Minnesota Girls Hockey Coaches Association-2 (MGHCA-2). Alexis Paddington netted the first goal of the game early in the second on a feed from Jamie Ricklefs and just after MGHCA would tie the game, Victoria Darosa would find an open Paddington again who’d make no mistake, regaining the lead with her second of the game. MGHCA didn’t go quietly, however, tying the game late in the second. The 2-2 draw held for nearly the rest of the game. The Midget AAs pushed the pace outshooting their opponents 31-25. Queen’s goalie Kamryn Sandelovich shut the door on her end which lead to the opportunity for some late-game heroics for Mackenzie Lehto who’d score the eventual game-winner on a setup from Brynne Lambert with just 24.4 seconds left.

The Midget AAs have a couple games on Saturday as they’ll face Elite Red at 1:30 pm and then MGCHA-1 will get their chance to avenge MGCHA-2 at 8:15 pm.