These two incidents reported by Thunder Bay Police have happened on Friday.

Upon arrival the officers located an insecure door and observed that the electrical box had been tampered with causing a loss of power to the clinic. It is unknown if the building was entered and damage was located to the exterior of the building.

On Tuesday August 7, 2018 at 11:50 am, a male was leaving the Port Arthur Clinic with his daughter when a female picket stood in front of his car and asked to speak to him. The male refused and was then approached by a male on the picket line and struck in the face.

The suspect is described as a Caucasian male who is 5’10” and 190 lbs. with shorter brown hair. He was wearing white shorts and a red t-shirt.

Police are looking to speak to any witnesses to this altercation. Anyone with information is asked to call the police at 684-1200 or Crime Stoppers at 1-800-222-8477 or www.P3tips.com.

The workers who are a part of Unifor have been seeking a collective agreement with the doctors. This week the efforts on the picket line have increased. There has been an effort to shut down the clinic and there has been an injunction sought and issued in court to restrict the strike effort.

A Serious Look at Closing Red River Road to Vehicles 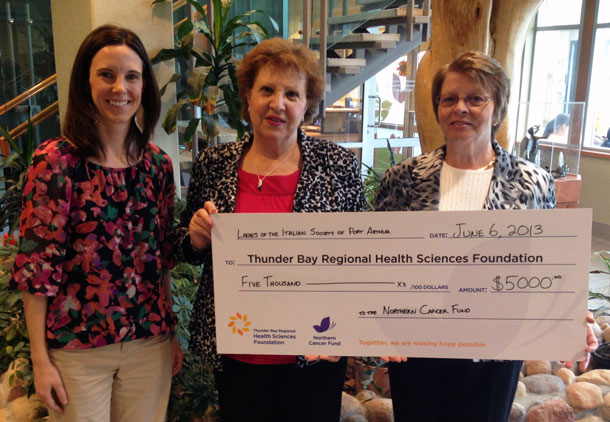 Cancer Fighters Ladies of the Italian Society of Port Arthur