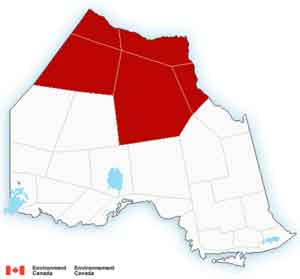 A period of very cold wind chills continues. A bitterly cold arctic air mass has locked in over the far of Northwestern Ontario. Extreme wind chill values between minus 45 and minus 50 are expected this morning then again tonight.

For Thunder Bay, expect mainly sunny skies with increasing cloudiness near noon then a 60 percent chance of flurries during the afternoon. Winds of up to 15 km/h will bring wind chill values to make it feel like -32 °C High minus 18 °C.

For Kenora, Environment Canada is calling for increasing cloudiness. Flurries are forecast for later this morning. Winds of up to 15 km/h will make it feel like -34. The high for Friday is -29.

In Kenora for tonight. The flurries will end early this evening then clearing skies which will bring an overnight low of -29.

THUNDER BAY – “Thunder Bay is among our busiest destinations,” said Robert Deluce, president and CEO of Porter Airlines. “Our decision to base crew here and add flights allows us to better serve this growing market and attract team members who value the northern lifestyle.” Porter Airlines are significantly investing in Thunder Bay expanding their operations. Porter Airlines Expansion.

The Nishnawbe Aski Nation Winter’s Chiefs Meeting wrapped up on Thursday. Over the weekend, NetNewsLedger will be uploading video reports from the week’s assembly.

On Thursday the embargo expired on a Canadian Human Rights Tribunal decision. That decision is strongly supported by the AFN, Chiefs of Ontario, Grand Council Treaty #3 and Nishnawbe Aski Nation. Ontario Regional Chief Isadore Day states, “The Canadian Human Rights Tribunal decision about Canada’s discrimination against First Nation children and young people in the child welfare system is being seen as a significant victory by Chiefs of Ontario. “Today is a significant victory and a first step towards ending the child welfare crisis. Our communities are ready for change.” Read the full coverage: Nishnawbe Aski Nation, Assembly of First Nations, Chiefs of Ontario.

FORT FRANCES, ON – Project Sunset is an Ontario Provincial Police (OPP) youth-centered engagement strategy taking place in North West Region. The Project is a ground-breaking crime prevention strategy, coupled with a third-party process and impact evaluation, a first of its kind in support of community safety and wellbeing in Canada. Fort Frances Project Sunset Efforts.

THUNDER BAY – BUSINESS – Wasaya Group (“Wasaya”), its shareholders and Exchange Income Corporation (“EIC”) (TSX:EIF) have entered into an agreement to partner whereby EIC will both recapitalize Wasaya and the Wasaya shareholders will exchange a portion of their interests in Wasaya for shares of EIC. Wasaya in a press statement says, “These transactions, together with anticipated growth capital, are expected to be approximately $25 million through a combination of debt and equity. This partnership will enhance the level of service in Northern Ontario and benefit customers in their communities.” Read the story.

What to Do This Weekend

Sleeping Giant Brewing Company are taking it to the streets, partnering with the Waterfront District to host the first ever Hop-a-thermia event. The event that will make you hop (and dance), will take over Red River Road and Court Street on Saturday, February 3rd, from 6:30 pm to 9:00 pm.  The two streets will be closed to traffic, featuring live DJs in the window display of the former Eaton’s building, which was an initiative launched by the Waterfront District and Sleeping Giant Brewing Company this past December.

Hop-a-thermia is expected to attract hundreds of community members in their snowsuits to come out and dance and check out local businesses in the area. It’s an all ages, family-friendly event and will also feature local entertainment including the Mew Crew and DJ Aticka. Sweet North Bakery will be a Warm Up Station for those looking to take a break from the cold, and there will also be two outdoor fires to warm up in front of.

Those attending Hop-a-thermia are encouraged to bring a canned good to Sweet North Bakery and organizers onsite will also be taking donations for the Dew Drop Inn.  Local businesses in the area are extending their hours of operation for the event, offering special Hop-a-thermia promotions and samples.

Fuel prices across the region range from $1.119 at Extra Foods in Dryden, $1.249 in Kenora,  In Thunder Bay, the lowest price in the city is $1.226 at the Mac’s on Dawson Road. Out on the Fort William First Nation, gas prices range from $1.087 at THP to $1.118 at K&A Variety. You can get the latest gas prices, including Grand Marias MN at GasPrices on NetNewsLedger. 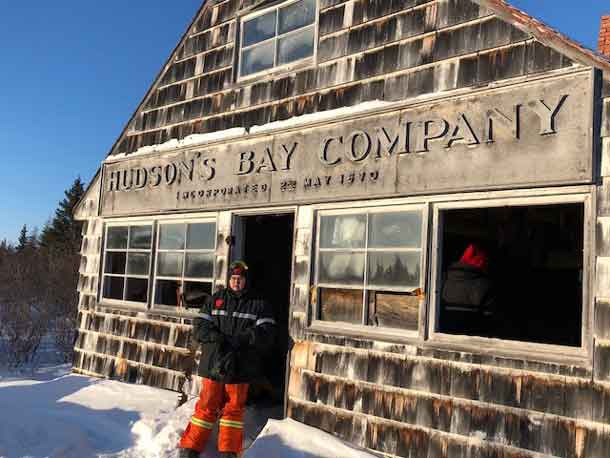