COOK COUNTY- NEWS – On Tuesday, Dec. 26, the Cook County Substance Use Recovery Court (SURC or sometimes referred to as Drug or Recovery Court) was able to recognize its first two participants to “graduate” from SURC since it became official in January 2017.

SURC handles cases involving drug and alcohol dependent offenders through intensive judicial supervision, case management, treatment, frequent random chemical testing, and graduated sanctions and incentives. The underlying premise is that substance abuse is not simply a law enforcement or criminal justice problem, but a public health problem with roots deep in society. Recovery courts provide intervention for substance-abusing criminal offenders by requiring increased accountability, empowering people to change their lives, and restoring participants to law-abiding productivity. Recovery Court is designed for offenders who typically would fail out of a more traditional probation and wind up in prison, then get released months later back into the community often with increased criminality and have had no chance at rehabilitation.

Each of the two SURC graduates were sentenced before the program officially had its start, entering the special sentencing when the SURC was still in its “pilot program” phase, but being held to the rigorous requirements of a drug court sentencing. The participants both spoke of the positive changes they’ve been able to make in their lives, and the lives of others, since achieving longer-term sobriety.

“Those of us working in the criminal justice system don’t get to have positive interactions in the courtroom often enough,” said Judge Michael Cuzzo about the Substance Use Recovery Court. “Working with Recovery Court participants is one of the very special things we get to do. Being part of these success stories is at the top of the list of privileges I am given as a Judge.”

One participant, a Grand Portage resident, now has more than a year and a half of sobriety. He spoke of the positive relationship he’s developed with his granddaughter, how he can now support her in finishing high school and hopefully moving on to college. He also described how he had recently received a promotion at work. After nearly 20 years of going without a driver’s license, this participant now is realistically planning on obtaining his driver’s license and driving his own vehicle in early 2018.

Another graduating member of the Recovery Court was originally charged with a First-Degree Burglary crime in 2015, an offense committed while under the influence. He reached his two-year anniversary of living a life without alcohol or drugs in October 2017. His girlfriend and two young children attended the celebration. This participant noted that children watch and learn from the actions of their parents, and expressed gratitude for now being able to teach his children how to live life in a healthy way so they can grow up to be the best they can be.

In congratulating one of the participants, County Attorney Molly Hicken told him, “It is great to watch a person change for the better after first appearing here only as a defendant charged with a crime. We get to watch the light return to your eyes and the shame lift from your shoulders because of all the hard work you’ve done in recovery. Thank you for letting us share in that experience.”

Also present at the graduation to celebrate was Tom Young, Cook County SURC participant, who was awarded the Treatment Court Scholarship through Mesabi Range Community College for Spring semester. Tom is currently enrolled and is working towards his Licensed Alcohol and Drug Counselor designation. In his application essay, he highlighted his desire to give back to the community and use his experiences to encourage others struggling with addiction.

“Mr. Young has turned his life around in a dramatic fashion, having achieved more than a year of sobriety as of September 2017,” said County Attorney Hicken. “He entered SURC shortly after it became official in January 2017. Rather than leading life committing crimes and being chased by his addiction, Tom can now be a father to his children and pursue a college education.”

A key benefit of this program is reducing costs to society due to reduced usage of incarceration.

Further positive impacts are lower costs in social services, law enforcement, and court services related to lower recidivism and the strengthening of participants’ life skills. By ensuring participants are accountable for their decisions there is potential to improve the quality of their lives and their families. Some of the expected benefits include:

Substance Use in Canada Costs $38.4 Billion a Year

A Dose of Thunder Bay Reality

City Hall – We have to stop putting band-aids on problems 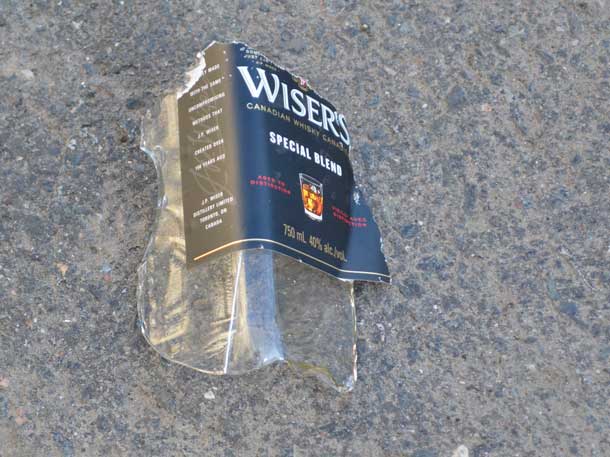