Breaking News!Thunder Bay has First Confirmed COVID-19 Case
Home Anishinaabe At the Corner of Grief and Misery – Where the Present has...

Springtime of renewal – the season of death

THUNDER BAY –How much grief and misery mixed into the stew of destitution and poverty can a community endure and still survive? For Cross Lake, Pikangikum and Attawapiskat First Nations a springtime of renewal has become the season of death. The statistics are soul-numbing: scores of children and youth in these communities and others across Canada dying by their own hand – lifeless bodies hanging at the end of a rope. Hundreds more adolescents have attempted suicide and hundreds more than that have been on a “suicide watch.”

In many cases, that is all we have been able to do: watch, while this tragic epidemic of death continues!  In 2011, Ontario’s Office of the Chief Coroner produced enough data to affirm Pikangikum as the suicide capital of the world. In Attawapiskat, in our collective headlights only a few years ago due to a housing and water calamity, young people have created suicide pacts in what has astonishingly become a suicide contagion, a dis-ease caused by a present that has no future. And some elders, colonized by their Christianity will not permit these children to be buried in a cemetery. Shunned even in death!

The abbreviated lives of these children of hopelessness have run their short course and play out in communities where the legacy of residential schools and colonialism have fragmented the culture and created a mindset of dependency. Where economic opportunities are non-existent, gainful employment but wishful thinking and operating capacity minimal. Where a child’s education and social development are severely truncated by moldy schools if any, absent or crumbling infrastructure, sub-standard housing, boil-water advisories, pit privies, intermittent electricity and woefully inadequate health and social services and, often, a contaminated environment. But thanks to sporadic internet and television, the world out there and its conspicuous consumption and opulent lifestyles – the chi-chi fashion and food channels, the models bespangled with diamonds from De Beers, multi-million dollar mansions and fast and furious cars – is splayed out and serves to remind these kids of their crushing poverty.

Against this disintegrating backdrop are the experiences of the kids themselves. Drugs and gas-sniffing become recreational outlets because recreational facilities are non-existent. Boredom is interminable and constant accompanied by an overwhelming sense of loss when one of their friends chooses the only escape. Kids are having babies and many parents, hobbled by their own demons, struggle to provide but a semblance of guidance and protection. And we wonder why these kids succumb to the alternate, numbing reality induced by drugs, alcohol or ultimately, perpetual darkness.

Following the outrage in Attawapiskat, the government of Ontario kicked in $2 million and provided additional health care workers for a 30-day band-aid period in the hope of stemming the tide of children killing themselves. Ministers and MPs visit. Bureaucrats quickly come and go. They all promise better times and solutions. That should moderate things for a while and get this horrible embarrassment off the front pages! The crisis passes, the media widely known for their Attention Deficit Disorder move on to the next controversy or spectacle and we go back to filling our bird-feeders. But these are very quickly becoming intractable problems. If the pages of all the studies, reports and recommendations examining the horror of young people killing themselves were placed end-to-end, there would be enough to wallpaper Canada!

The too-few among us all who pay attention to these issues have heard it all before – especially when a crisis of this terrible magnitude occurs: “The government needs to establish a national suicide prevention strategy,” or “we need to improve the lives and prospects of Aboriginal Canadians living in third world conditions in one of the richest countries in the world,” followed by even more beaucoup de blah blah. Until the powers that be – the innumerable federal and provincial politicians and bureaucrats, departments and agencies, the tribal councils, the local health and education authorities and networks, the First Nations representative organizations, the Chiefs and their Councils  – in short, all those silos with few-to-no connecting bridges, all with their own oars in the water protecting their very vested moats – until they are able to establish a centre of control with decision-making authority to enforce a coordinated effort to priorize and implement the scores of expert recommendations and finally effectively address the abject poverty in First Nations, the hand-wringing and impotence will continue. We know we can do better – we just don’t demand it. Until enough of us do, more children are going to die by the hopelessness of their own hand and Canada will continue to remain a contradiction. 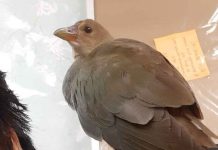