THUNDER BAY – Being aware of nature is important. Northwestern Ontario’s late spring has slowed the growth of many of the natural foods for bears. That is leading to more engagements between bears and people. There have been several instances in Thunder Bay where people are seeing black bears in the city. Thunder Bay Police were forced to dispatch a bear recently as they awaited MNRF help.

In Sioux Lookout on Wednesday night, a twenty-nine year old man came very close to becoming perhaps a snack for a black bear. The man was taking a nap on a trail near the water tower in Sioux Lookout.

The black bear according to OPP Sergeant Kevin Young reportedly grabbed the man’s right hand and attempted to drag him into the woods. The OPP report that a passerby saw the incident and was able to scare off the bear hitting it in the head with a large stone.

Bears are omnivores, they will eat almost anything. Normally however a bear going after a full grown person is rare.

In most of Northwestern Ontario, it will be black bears who are the smallest of the major bears in Canada. They are still large enough to kill or seriously injure you.

In general, a bear will attack a person if they are surprised, or if you get between a mother bear and her cubs.

The best way to avoid problems with bears are to avoid bears. However for those who fish, hike, hunt or may encounter a bear, a tip would be to make sure that they know you are coming. Make noise be that by talking, singing or wearing bear bells.

If you call out every few minutes going through the woods you will likely reduce the instance of startling a bear. Black bears actually are not looking for a confrontation, they will usually avoid you.

However if you do end up coming up on a a bear, the first thing to remember is do not turn around and run away. The bear will chase you down, you are acting like prey. You should talk to the bear, make some noise. Ensure the bear sees you. You should hold your arms high above your head this is a tactic to make you appear a larger animal than the bear.

Keep in mind a bear’s sense of smell is far greater than his vision. Your illusion of being larger will help.

You should continue to talk to the bear, and then and start to slowly back away from the bear. Remember, don’t turn and run, don’t let fear take over. If you run chances are the bear will chase you.

If the bear starts to come after you some solutions include climbing up a tree or dropping down on the ground in a fetal position. Stop moving, play dead.

You should cover your head and neck with your hands. If you are wearing a backpack, keep it on, it will protect you if the bear tears into it.

This is going to be difficult, but if the bear bites you should continue to play dead.

Often once the bear decides that you are not a threat, the bear might leave.

However, if the bear continues to attack, the best advice is to start to fight back. Start fighting the bear, and make a loud a noise as you can. If you can get up stand up and fight.

The best overall suggestion is to whenever possible, stay away from bears.

Many people seem to still have it in their minds that bears are cuddly creatures. They can look cute, and you might be tempted to get close and get a picture, if there is one rule that stands strong on bears is that bears have never read the rules, they are unpredictable.Stay safe and use common sense.

Man is an Evolutionary Force in the Lives of Bears – Researchers 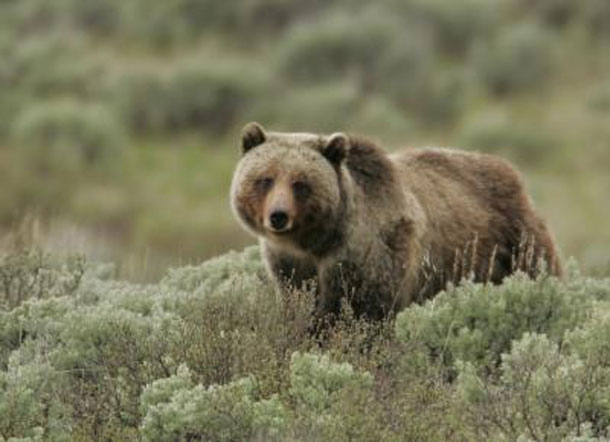