Marie Avgeropoulos Starring in ‘The 100’

The series is set 97 years after a nuclear war has destroyed Earth, and poisoned the Earth. There are only four hundred survivors, mainly people who were on international space stations. To test the air and the survivability for a return to living on Earth, one-hundred juvenile prisoners are turned loose on the surface to see if it is inhabitable.

Avgeropoulos plays Octavia Blake, one of those prisoners.

There are a growing number of actors who are starring in television in the United States, Many of the television shows are being shot in Canada, with Vancouver and Toronto leading the ways. Shows including “Supernatural,” “Arrow,” “The Tomorrow People” and “Beauty and the Beast,” have their sets in Canada.

Marie Avgeropoulos got her start here in Thunder Bay attending the television production program at Confederation College. She moved after graduation to working in television in the city reporting news.

However that was not her destiny. Marie made a passionate decision to leave for Europe with nothing but a backpack on to soul-search. After several months she finally decided she was going to make the switch to the west coast of Vancouver, BC Canada to chase her dreams. Her first break in the Entertainment Industry came when she was 21 as a result of her favorite hobby since she was 16…playing drums. The timing was perfect as a friend had alerted her to a casting call in Vancouver which happened to be looking for drummers. An agent had recognized the young rockers talent & the opportunity landed her to appearing in various national commercials. She immediately caught the eye of director Chris Columbus (“Harry Potter”, “Rent”, “Mrs Doubtfire”, “Home Alone”) who hired the budding actor in her first feature role for “I Love You, Beth Cooper”. While living on the West Coast she booked many Guest Star appearances on major networks (FOX, CW, NBC, CBS) on shows such as “Supernatural”, “Fringe”, “Eureka”, & “Human Target” to name a few. In 2011, Marie landed a role alongside Seth Rogan, & Joseph Gordan-Levitt on the big screen in Golden Globe Nominated film, “50/50” . (Source IMDB.com)

This past summer a visit to Thunder Bay generated enormous international attention as it was widely rumoured that the star was visiting her parents with her superstar boyfriend Taylor Lautner. The Entertainment world has been speculating and reporting on the relationship on a continual basis ever since. 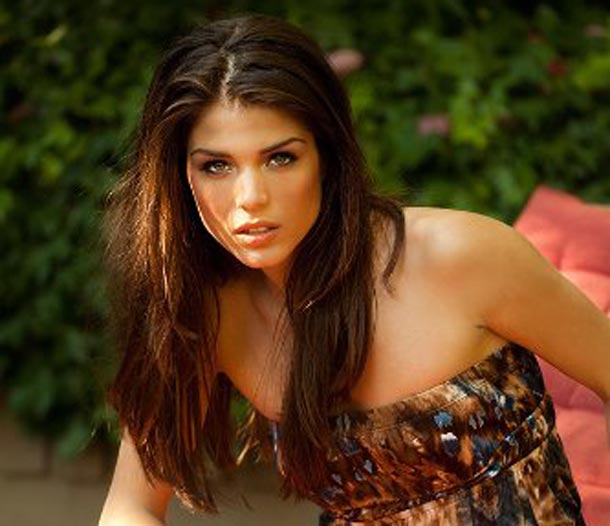