Home Editorial Opinion Adventures of a Grown up

New York – One morning in fourth grade, my classmates and I lined up on a snowy morning to start the school day. My father stood beside me in the cold and slush and gave me a lecture.

“Don’t talk about people behind their backs,” he said. “It’s not nice.”

I knew badmouthing my friends wasn’t nice but that didn’t stop me. I felt guilty for my behavior and resolved, at nine years old, to be a better person and stop the nasty habit.

To this day, I still have a hard time keeping that promise. And I’m sure I’m not the only adult who is a secret, occasional bad-mouther.

For three years, I worked in an office as a secretary. I did my fair share of bad-mouthing, because I came across many challenging people, people I thought were disrespectful, lazy or difficult. Which brings me to the first reason people bad-mouth each other – to let off steam.

Every day, we are annoyed by someone, and every day, those little moments of annoyance build and eat away at us, making us cranky and stressed. Think of a tea kettle, percolating as it heats up on the stove, until eventually, it releases a jet of steam.

Bad-mouthing is that jet of steam. A five-minute session of “can you believe what so-and-so just did!” releases building tension and helps you feel better.

But that steam is dangerous. It burns, and if you’ve ever had one, you know steam burns are the worst.

Trust me, you’ve been bad-mouthed. Maybe you’ve heard about it, and if you did, I’m sure you were incredulous: (“I can’t believe she said that about me!”) When you’re the bad-mouthed, you have the benefit of understanding why you did what you did and know the other person’s words are unjust.

If you’re the bad-mouther, you’re being unjust as well. Perhaps, a little bit of introspection is due before you open your mouth.

Another bit of parenting wisdom should be used here: put yourself in the other person’s shoes. Are you being fair? Does your victim really deserve your criticism? Why do you need to bad-mouth in the first place?

Here’s the answer (and the second reason): because you’re not happy with yourself. You feel low, so pointing out someone else’s shortcomings – and getting your friends to agree and laugh and belittle with you – puts you in a better light. (“Don’t look at what I did wrong – look at her!”)

Forming a bad-mouthing alliance with someone, at the expense of an unsuspecting victim, can also make you feel more accepted, part of team rather than a lone wolf, the critic and not the criticized.

There is rarely a good reason to bad-mouth others. It’s something teen girls do, not grownups, and no one looks good while doing it. Empathy, understanding and closed lips are far more admirable.

But it can be very difficult, as my nine-year-old self learned. After my father’s lecture, I went right back to my old ways. 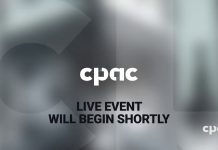 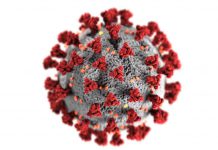