NEW YORK – Has there ever been an awards telecast as downbeat as the 65th annual Primetime Emmy Awards? Maybe we should call them the Glummies.

The controversial decision to isolate five recently departed individuals for special memorial tributes scattered throughout the show backfired in a way nobody saw coming. We were all too worked up over the exclusion of such legendary TV greats as Larry Hagman, Jack Klugman and Andy Williams from the individual tributes that we never stopped to wonder what the show would be like with all of those segments in it. What downers they turned out to be. It didn’t help that they were dark and dreary and did not effectively celebrate the lives of the individuals being honored. Rather than incorporate lively clips showcasing the deceased at their most memorable, they featured solemn black-and-white images that only contributed to the sadness of it all.

The mood these segments established permeated much of the telecast. A similarly morose In Memoriam segment just made everything worse. Where were the traditional clips to offer some light and life? The right choice of clips can make viewers smile when remembering departed actors and entertainment personalities. (Isn’t that what they wanted out of life?) Compounding the grim feeling of the evening was a look back fifty years ago at network news coverage of the assassination of President John F. Kennedy and the perpetual shock and sense of mounting despair in the days that followed.

You know an awards show telecast is in trouble when a performance by the always delightful Carrie Underwood — in this case delivering a rendition of the Beatles classic “Yesterday,” intended to commemorate TV’s coverage of the murder of President Kennedy in 1963 and the Beatles’ first appearance on “The Ed Sullivan Show” in February 1964 — further brings down the feeling in the room. In the overall context of this particular Emmy telecast, the song felt like a grim reminder that our personal expiration dates are approaching faster than we care to acknowledge.

It fell to “Modern Family” executive producer Steven Levitan, taking the stage along with his cast to accept the ABC show’s fourth consecutive award for Outstanding Comedy Series, to acknowledge the elephant in the room.

“This may be the saddest Emmys of all time, but we could not be happier,” he said, instantly brightening up the proceedings.

Host Neil Patrick Harris was his usual charming and energetic self, but his opening bit in which he binge-watched the entire 2012-13 television season and ended up talking to characters from different shows on various screens was an uncharacteristic dud.

In truth, there were many happy moments throughout this otherwise problematic event. Many of them came during delightful acceptance speeches that were appallingly cut short regardless of what was being said at the time. Levitan’s speech was perhaps the most thoughtful of the night, and his show’s fourth win was historic in its own way, but that didn’t seem to matter.

Even Michael Douglas got the bum’s rush while accepting his award for Outstanding Lead Actor in a Movie or Miniseries for his role as Liberace in HBO’s “Behind the Candelabra,” despite the fact that his speech was more entertaining and more satisfying than just about anything else in the show.

On the subject of happy spontaneity, wasn’t it great to see Bob Newhart basking in the glow of his first Emmy win (for a guest appearance on CBS’ “The Big Bang Theory”)? I wonder why it took so long for the more than 6000 people in the Nokia Theater to get off their behinds and give the man a long-overdue standing ovation.

Even if this was the saddest Emmy telecast in recent memory, it was also the most excitingly unpredictable and surprising, with many wins virtually blindsiding every critic, columnist, blogger, industry observer and office pool participant. The shocks began right at the start as a speechless Merritt Wever of Showtime’s “Nurse Jackie” was named Outstanding Supporting Actress in a Comedy Series and Tony Hale of HBO’s “Veep” was honored as Outstanding Supporting Actor in a Comedy Series, instantly ending the long-running domination of cast members from “Modern Family” in these categories.

Some of the surprises were genuine jaw-droppers. Bobby Cannavale beat Aaron Paul of AMC’s “Breaking Bad” and Mandy Patinkin of Showtime’s “Homeland” as Outstanding Supporting Actor in a Drama Series for his scenery-chewing performance in HBO’s “Boardwalk Empire.” Despite not making much of an impact with the media, Jeff Daniels of HBO’s “The Newsroom” was honored as Outstanding Lead Actor in a Drama Series over Bryan Cranston of “Breaking Bad,” Jon Hamm of AMC’s “Mad Men” and Damian Lewis of Showtime’s “Homeland.”

But there were many happy surprises, too. Anna Gunn was named Outstanding Supporting Actress in a Drama Series for her work in “Breaking Bad.” (Maggie Smith of PBS’ “Downton Abbey” has owned this category in recent years and was expected to win once again.) Veteran actor James Cromwell was unexpectedly honored for his terrifying turn in FX’s “American Horror Story: Asylum.” Ellen Burstyn of USA Network’s “Political Animals” was named Outstanding Supporting Actress in a Movie or Miniseries (and delivered one of the evening’s most gracious acceptance speeches). NBC’s “The Voice” dethroned CBS’ “The Amazing Race” with a win for Outstanding Reality Competition Series. Comedy Central’s “The Colbert Report” ended the ten-year winning streak of the same network’s “The Daily Show with Jon Stewart” as Outstanding Variety Series.

Fittingly, a very strange and somewhat disturbing commercial that was over-long and over-produced even by Super Bowl standards was inserted into the final moments of the show when the home audience was as tired and restless as the folks in the Nokia. It was a bizarre ad for Audi starring Claire Danes (who had picked up a second Emmy as Outstanding Lead Actress in a Drama Series for her work in “Homeland” just a short while earlier). It was simply too much to process or appreciate at that late hour. A longer version is posted on YouTube, where it might find a more receptive audience eager to delve into the details of its contrived oddities.

Originally published on September 23, 2013 on www.mediapost.com

The Walking Dead Staggers into the Top Spot 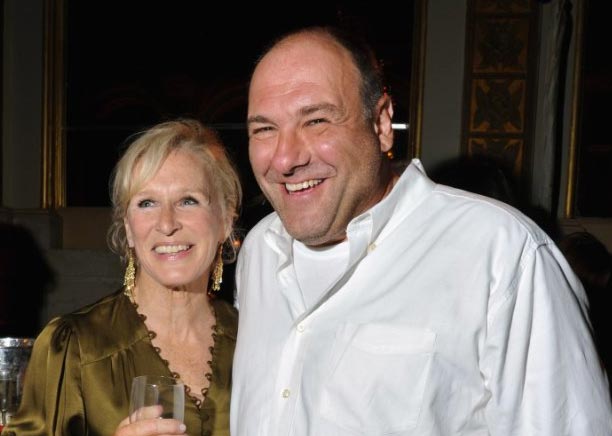