THUNDER BAY – Flood evacuees are headed to the city. On Saturday city officials along with officials from organizations that help met on Saturday. The City of Thunder Bay Emergency Operations Control Group (EOC) convened Saturday, May 4, to receive an update on flooding conditions affecting the James Bay region of Ontario, and more specifically Kashechewan First Nation on the coast.

The City has been working closely with Emergency Management Ontario over the last week and has been monitoring conditions. Kashechewan First Nation has declared an emergency due to flooding of the Albany River and will begin evacuating vulnerable populations. Thunder Bay, along with other communities including Cornwall, Kapuskasing, Sudbury and Timiskaming Shores, has been asked to serve as a host community.

Thunder Bay will host 150 of the community’s residents. In order to support this effort, Mayor Keith Hobbs has signed an emergency declaration for The City of Thunder Bay.

The City has supported similar evacuations, some on a much larger scale, over the last several years and is prepared to welcome residents who have been displaced from their homes.

“Thunder Bay is very experienced in dealing with these types of emergencies,” said Mayor Hobbs. “We are prepared to provide support to our northern neighbours in their time of need.”

A local hotel has indicated they have enough rooms to accommodate the evacuees until they are able to safely return home. At this time, flights coordinated by the Ministry of Natural Resources are expected to begin arriving at 11:45AMEDT.

A coordinating team, including the City of Thunder Bay, Fire Rescue, Thunder Bay Police, Superior North EMS, tbaytel, Canadian Red Cross, The Salvation Army, Northwest Community Care Access Centre, the District of Thunder Bay Social Services Administration Board and Nishnawbe-Aski Police Service, has been set up to meet and make necessary arrangements. The team
is working directly with Aboriginal Affairs & Northern Development Canada and will deal with evacuee requirements as they emerge. 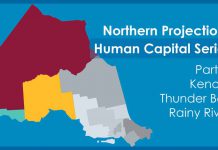 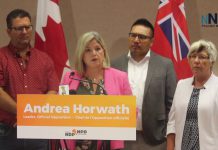 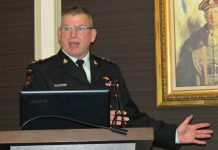 The Canadian Rangers are a Success Story – Lt Col. Richardson