THUNDER BAY – Health – Two days after her 40th birthday, Nina Ruberto was diagnosed with an aggressive form of breast cancer. That’s the day, she said, that everything changed.

“When you get diagnosed, you don’t really realize what you’ll have to go through,” Nina said. “It’s all kind of blur in a way, looking back.”

How Local Cancer Care Made All the Difference for Nina Ruberto

Nina’s cancer journey started shortly before New Year’s 2011 when she found a lump in her breast during a self-examination. A biopsy revealed the worst. Because Nina is so young, her doctors prescribed the most aggressive – and gruelling – treatment plan. Nina immediately had a lumpectomy, 16 weeks of chemotherapy through the summer, followed by a double mastectomy, reconstructive surgery, and five weeks of radiation therapy that ended in January 2013.

In all, Nina endured a year of tests and treatments, along with all the emotional highs and lows that go with it. Some days, Nina literally couldn’t get out of bed after chemotherapy. Other days, she experienced some of the closest moments with her family.

[sws_pullquote_right] Nina says Thank You In appreciation for the exceptional cancer care she received at Regional Cancer Care Northwest, Nina has pledged to donate 5% of her real estate sales to the Northern Cancer Fund. [/sws_pullquote_right] As difficult as that year was, it would have been much harder without the care and support Nina received at Regional Cancer Care Northwest here in Thunder Bay.

“I think we’re really fortunate – we have an awesome cancer centre,” Nina said. “There’s enough you have to worry about when you’re getting cancer care, I can’t imagine having to worry about going out of town for it too.”

Nina also would not have been able to get the same support from her family. Nina said that she was upfront with everyone about her cancer right from the start (though it was hardest telling her three young children, her eldest being just 14 then). She was extremely grateful her family could be there at every step. During chemotherapy, Nina almost had to draw up a visiting schedule so there wouldn’t be too many people visiting her in the Chemotherapy Unit at once.

“I tried to stay focused on the treatment at the time as opposed to thinking ahead,” Nina said. “I celebrated everything. When I finished chemo, I got to ring the bell – that was emotional, because it was something you look forward to.”

Nina stressed that convenience of local care isn’t enough. We’re lucky to have some of the best quality cancer care available.

“The cancer centre staff are so bend-over-backwards for you too – Supportive Care, the chemotherapy nurses, everybody. It’s individual care,” Nina said. “We have a gem there. We could never lose that centre; it’s literally priceless.”

Social media helped her during her cancer journey too, allowing her to share her story and even get support in return.

“I took a picture of myself the night before my first chemotherapy treatment and I posted it on Facebook with a little blurb about this being the last day of feeling normal,” Nina said. “I woke up the next morning and I regretted it right away, so I went back to get rid of it. But there were all of these messages – I started reading them and I couldn’t get over how supportive everybody was. My little Facebook post must have been shared 150 times, and I had hundreds of emails and messages. It was like, ‘Are you kidding me? This is crazy!’”

The journey also put Life into perspective for Nina. As busy as she was with her real estate business and her retail store Global Experience, that all had to be put on hold for the year as she underwent treatment. Nina was looking forward to going back to work in 2013 but she approached it with a different attitude, determined to put family and friends first no matter what.

“I really do believe that one day, I will be grateful for this journey,” Nina said. “It’s so life changing.” 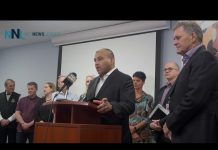 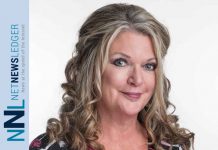 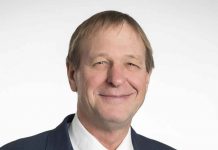 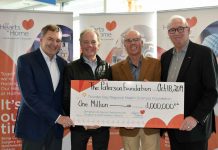