BRUSSELS – International – The European Union Economic and Financial Affairs Council met on 5 March 2013. The Council broadly endorsed the outcome of the most recent political trilogue of 27 February 2013 with the European Parliament on stricter capital requirements for banks.

The CRD 4 package will turn into EU law a comprehensive set of international standards known as the Basel III agreement.

These new European rules are also aimed at increasing financial stability, by making the banking sector more resilient to financial shocks, and at contributing to sustainable economic growth, by introducing harmonised rules required by the single market and at the same time ensuring that credit continues to flow to the real economy.

On that basis, it mandated the Permanent Representatives Committee to finalise negotiations with the Parliament on outstanding technical issues, with the aim of reaching a final deal in the second half of March.

The two proposals set out to amend and replace existing capital requirement directives in the European Union by two new legislative instruments: a regulation establishing prudential requirements that institutions need to respect, and a directive governing access to deposit-taking activities.

They are aimed at transposing into EU law an international agreement approved by the G-20 in November 2010. The so-called “Basel 3” agreement, concluded by the Basel Committee on Banking Supervision, strengthens bank capital requirements, introduces a mandatory capital conservation buffer and a discretionary countercyclical buffer, and foresees a framework for new regulatory requirements on liquidity and leverage, as well as additional capital surcharges for systemically important institutions.

The Council deliberation focused on six key issues as set out in a report by the Irish Presidency, including bankers’ bonuses.

The Irish Presidency concluded the discussion by noting a broad majority in favour of the compromise package. On that basis it mandated the Permanent Representatives Committee to finalise the negotiations with the Parliament. “There are some outstanding technical points, including  the date of entry into force and some details of how the remuneration cap is to be implemented, which we will try to iron out with the Parliament over the coming weeks,” said Finance Minister of Ireland Michael Noonan, who chaired the meeting.

The final adoption of the package requires a qualified majority in the Council, in agreement with the Parliament. 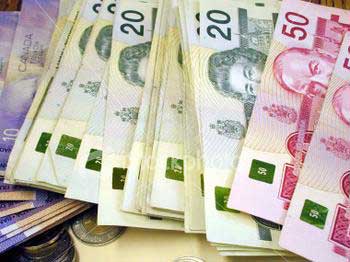