THUNDER BAY – Business – Internet Security is under attack. Over the weekend, Twitter was hacked. There are regular reports of major websites, banks, governments, and even the New York Times being under attack. In Thunder Bay over the past four weeks, attacks on several news sites were made. One site ended up with Google putting warnings in place.

The problem is that the protocol that provides security for online banking, credit card data and Facebook has major weaknesses, according to researchers at Royal Holloway University. “While these attacks do not pose a significant threat to ordinary users in its current form, attacks only get better with time. Given TLS’s extremely widespread use, it is crucial to tackle this issue now,” says Professor Kenny Paterson .

“Luckily we have discovered a number of countermeasures that can be used. We have been working with a number of companies and organisations, including Google, Oracle and OpenSSL, to test their systems against attack and put the appropriate defences in place.”

The Transport Layer Security (TLS) protocol is used by millions of people on a daily basis. It provides security for online banking, as well as for credit card data when shopping on the Internet. In addition, many email systems in the workplace use it, as well as a number of big companies including Facebook and Google.

Professor Kenny Paterson from the Information Security Group at Royal Holloway and PhD student Nadhem AlFardan found that a so-called ‘Man-in-the Middle’ attack can be launched against TLS and that sensitive personal data can be intercepted in this way. They have identified a flaw in the way in which the protocol terminates TLS sessions. This leaks a small amount of information to the attacker, who can use it to gradually build up a complete picture of the data being sent.

A key for consumers remain focusing on making sure ‘common sense’ is used by individuals. E-mails from your financial institution will never ask for your password. Keep in mind if it is too good to be true, chances are, it is. 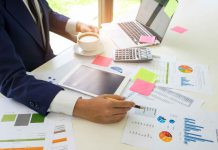 Domain sale could do ‘irreparable harm’ to millions of charities, NGOs warn