Home News Events Do You Dream of Being A Movie Star? Start on Saturday 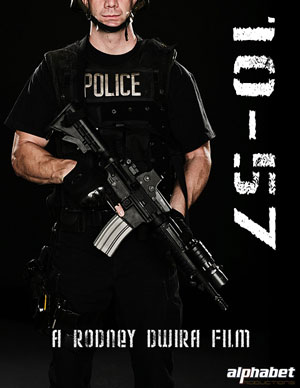 THUNDER BAY – Do you dream of becoming a movie star? Your pathway to a life of fame and fortune could start right here in Thunder Bay. This weekend, Award winning ‘Bay City’ feature film director Rodney Dwira will be holding open casting calls to find actors, and extras, for his new police drama feature film ‘10-57’.

The film, budgeted under a million dollars, will be shooting in Thunder Bay between mid-June and mid-July, 2010.

There are three open casting sessions: Saturday, May 15 and Sunday, May 16 from noon till 2pm and Monday, May 17th from 6pm to 8pm. All sessions will take place in Confederation College’s main Shuniah building.

“The film is about two kids being used as bait in a kidnapping that attempts to lure a detective back to her unstable former partner,” shares director Dwira. “I am looking to fill numerous paid acting roles for males and females between the ages of 8 and up. Character bios and screenplay information will be available online and at the casting call.”

“Preference will be given to actors from Northern Ontario, and actors with film experience are encouraged to attend,” adds Dwira. “Just drop by Confederation College, (follow the signs) and fill out a simple contact form and our casting team will take your picture”.

“With your permission, the database will also be made accessible to student directors, local producers and casting directors for other paid and un-paid acting and extra opportunities”.

“Even if you can not make it to the casting call, you can apply with resume, headshot and your demo reel”, adds Dwira. Your package can be mailed to Alphabet Productions, 1100 Memorial Ave, Suite 206, Thunder Bay, ON P7B 4A3.

For movie buff interested in keeping up on what is going on with the movie’s progress, Dwira says “Join “10-57 the movie” on FACEBOOK!”