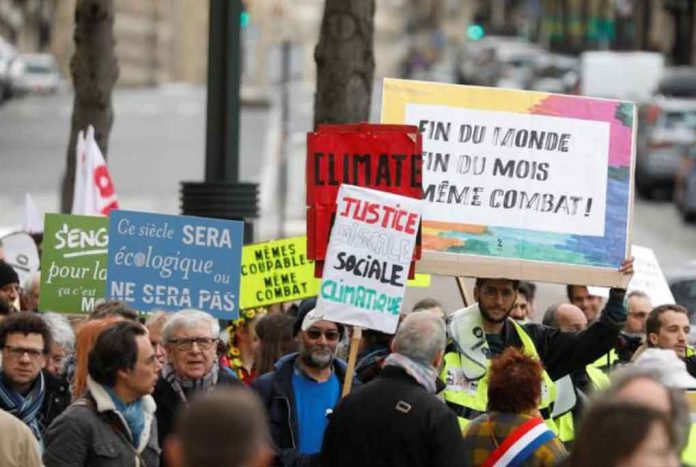 There’s no escaping the headlines about climate change. In the UK, we’ve just had the joint hottest summer on record. Sir David Attenborough revealed the extent of climate change in his recent series, Frozen Planet II. Meanwhile, world leaders recently attended CO27, resulting in mixed reactions about where we go from here.

With so much at stake and the UK Government working towards the target of reaching carbon net zero by 2050, we’ve arrived at a point where everyone, from countries right down to businesses and individuals, must work together.

But the global population has reached 8 billion for the first time in human history. So, how do we hit sustainability goals when there are more of us than ever before?

According to the United Nations, 1 billion people have been added to the world population in just 12 years, brining the total to 8 billion. With more of us on the planet, there are more of us to create emissions and contribute to the carbon footprint.

We are all currently using fossil fuels to heat our homes and drive our cars. While steps are being taken to reduce this, with the banning the sale of petrol and diesel cars in the coming years and traditional gas boilers being phased out, it’s increasingly likely that more needs to be done to reduce CO₂ emissions.

The Paris Agreement introduced the concept of reducing carbon emissions to reach net zero. This legally binding treaty on climate change and the impact of greenhouse gas emissions was agreed by 196 member states of the United Nations at COP 21 in Paris in December 2015. It came into force in November 2016.

But as those nations who signed the agreement got to work on introducing sustainability goals that trickled down to businesses and organisations, the population has been growing, meaning that we all must work harder to create a balance.

What makes this even more imbalanced is that it’s poorer countries that aren’t contributing a significant amount to the carbon footprint that will be the worst hit. We’re already seeing that in countries like Pakistan, where extreme rainfall flooded nearly one-third of the country this year. Pakistan only contributes around 1% of the gas emissions globally.

Add to this the increase in the population, and these places that are already suffering the consequences of climate change that they didn’t contribute to are likely to struggle further.

While leaders are creating strategies and discussing next steps, it’s possible for businesses to introduce change. Business owners can look to current practices within their organisation to find ways to reduce emissions and seek to incorporate policies.

One way of doing this successfully is by seeking expert advice. The picture is changing all the time, so by calling in professionals, such as a dedicated climate change law firm, it’s possible to rework current systems and make a difference.

If you’re a business owner, taking the time to understand what your company can do can be the first step towards reducing emissions and hitting sustainability goals set out by both the government and your organisation.