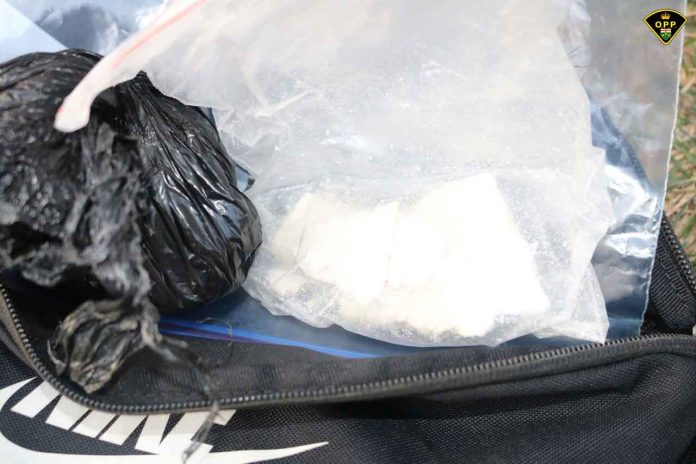 BRANTFORD – News – “With the evolving crime in Brantford, our involvement in the Guns and Gangs JFO is significant for our community. Cross-agency collaboration is essential to combat the illicit drug trade other related crime. The impact of these complex investigations is extremely positive for the City of Brantford as well as the surrounding communities. I would like to thank the officers involved for their excellent work and successful operation,” said Brantford Police Service Chief Rob Davis.

Enforcement action by the Ontario Provincial Police (OPP)-led Guns and Gangs Joint Forces Operation (JFO) has resulted in the seizure of suspected fentanyl, hydromorphone and oxycodone. One individual has been arrested for five offences under the Controlled Drugs and Substances Act (CDSA) and the Criminal Code (CC).

As a result, police seized approximately: 190 grams suspected fentanyl, two grams of suspected cocaine as well as a quantity of suspected hydromorphone and oxycodone tablets. The drugs have an estimated street-value of $48,000. Investigators also seized nearly $3,400 in Canadian currency.

Justin KORGANOWSKI-CROMWELL, age 27 of Brantford is charged with the following offences under the CDSA and CC:

Upon arrest, the accused was held for bail and is scheduled to appear at the Ontario Court of Justice in Brantford on November 28, 2022.

“The Guns and Gangs JFO will continue to work relentlessly with all law enforcement partners across Ontario to reduce the harm caused by guns and gangs in our communities. This result of this investigation is just one example of the impact on the opioid crisis in our province, with a significant quantity of fentanyl and other opioids removed from our streets,” stated OPP Acting Chief Superintendent Karen Gonneau, Bureau Commander, Organized Crime Enforcement Bureau