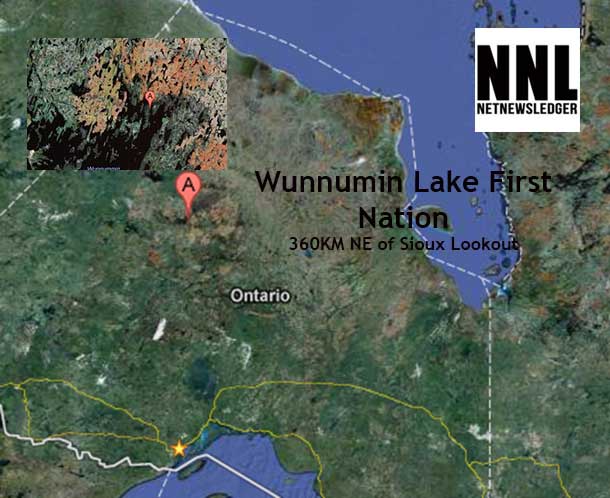 “The settlement of this class action was intended to address the harm caused to First Nations members who have suffered for years without access to clean drinking water. But legal technicalities mean that eligibility is restricted and doesn’t allow any compensation more than 9 years before the claim was brought forward,” explained Chief Samuel Mamakwa. “This means that our members born before November 20, 1995, are not eligible for compensation, and presents and injustice and inequality to the majority of our people who experienced the boil water advisories while residing on-reserve from 2001-2005.”

Under the terms of this settlement, only 84 of Wunnumin members will be eligible for compensation and 422 members will be excluded. This court ruling is very unfair and creates further injustice for majority of residents who lived through the boil water advisory period.

Wunnumin is now facing a deadline of December 2, 2022, to pass a Band Council Resolution to opt into this compensation.

“It is unacceptable that so many of our members are not eligible to receive individual compensation for the harm they have suffered,” said Deputy Chief Dean Cromarty. “We are not looking to re-open the settlement agreement, but we are calling on the Government of Canada to respond to our concerns and work with us to correct this gross inequality.”

Wunnumin Lake First Nation qualifies for compensation under the terms of the settlement for the boil water advisory period of 2001-2005, but it includes limitations for compensation. This results in eligibility for members born on and after November 20, 1995, and living on-reserve during the boil water advisory period of 2001-2005. Persons born before November 1995 are not eligible.

According to the terms of the settlement, a person may be eligible if they are:

Due to legislative limitations, individuals who were born before November 20, 1995, are only eligible for compensation going back to November 20, 2013. This limitation is in place because of Canadian laws that place limits on the duration adults have to bring a lawsuit after an event happens.

For Wunnumin First Nation, because the advisories were before 2013-2021, individuals born before November 20, 1995, are not eligible for individual compensation. This leaves the majority of the community ineligible for compensation for the harm they suffered during the 2001-2005 long-term drinking advisory.