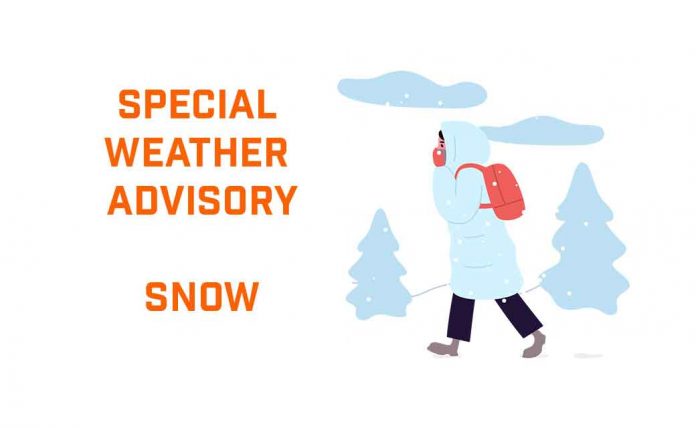 WINNIPEG – WEATHER – The first winter storm of the 2022 season is forecast to hit parts of Northern Manitoba. It is likely the snow will impact far North Ontario as well.

Precipitation will begin early Sunday morning in parts of Manitoba initially as rain and change to snow Sunday evening for northern Manitoba and Monday afternoon for southwestern Manitoba. Freezing rain will also accompany this system, particularly over higher terrain and the northern Interlake.

The first winter storm of the season will impact parts of Manitoba Sunday into Monday.

Snowfall totals remain uncertain at this time due to the tracking of the system as well as melting and compaction of snow. However, 5-15 cm of snow is possible over higher terrain and areas north of the low track.

Impacts from this system include:

-Reduced visibilities when traveling on highways due to heavy falling snow.

-Accumulating wet snow and ice on infrastructure, particularly over the Riding Mountains and through the northern Interlake.

Clear the Snow Around Your Gas Meter