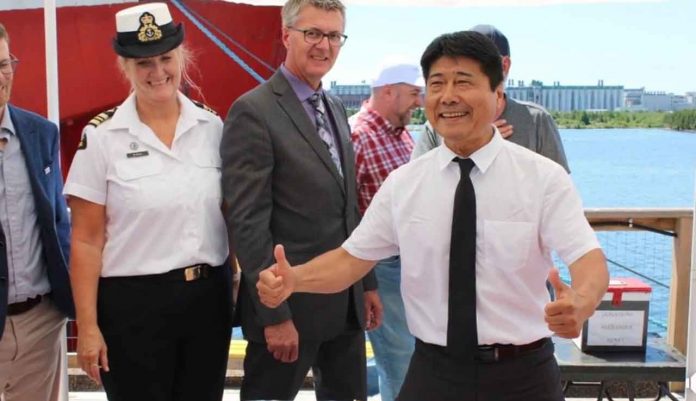 THUNDER BAY – POLITICS – Thunder Bay voters will elect a new Mayor on October 24, 2022. As part of our 2022 election coverage NetNewsLedger reached out to all of the candidates for Mayor with these questions on the issue of crime.

We received responses from Clinton Harris, Gary Mack, Robert Szczepanski, and Peng You. No response was received from Ken Boshcoff.

Here are the responses:

Crime is increasingly seen by residents as one of the top problems. What will you do to make our community safer?

Answer: Crime has always been a top priority for the citizens of Thunder Bay and addiction and mental health are huge issues in our community. Although a significant amount of funds are spent on this service and although our police service is doing the best that they can, I believe that we need to re-focus our efforts on the front line and put the dollars there that will make a difference. We encourage and support our police service both publicly and financially and I am a firm believer in the neighbourhood (community) policing model. The program worked in Thunder Bay but was stopped. Crime in one high crime area of the City was reduced by 27%. Storefront offices throughout the city, with assistance of the business community and organizations, could also negate the need for millions of dollars spent on a new headquarters. I am sure that the business community would love to participate in making our City safer and it would also give them a sense of ownership in the program.

Recently, elected MPP Kevin Holland has stated that it is one of his top priorities. I know, given my positive connections with the current government, that I will be able to work with Kevin and the Premier of Ontario to address this problem that plagues our city and affects community safety. I will also push to have more support and resources from the Province available to combat guns and gangs and will collaborate with other police services and organizations. We also need to take advantage of new technologies that are available.

Programs for engagement of at risk youth with police are a must. If the police engage with at risk youth early through programs such as sports, fishing and martial arts, etc., it is proven that these youth are going to grow to respect and view them as friends, not foes. These programs have been productive in many communities in Canada and the USA.

Most of our discussion of late has been on administration, and although that is necessary, it does little to support the efforts made in the moment on the street.

We want to feel safe. We want to make our City unwelcome to those that perpetuate crime.

As Mayor, what role do you see as far as the Police Services Board and policy in Thunder Bay will be?

Answer: As far as the role of Mayor with the PSB is concerned, I would like to say that for too long the Mayor and Council have had little, to no, say in how the police service operates. Chiefs of Police seem to dictate how things will be with little consultation with the Mayor and Council who approve the budget.

As Mayor, I will make arrangements to meet with the Solicitor General of Ontario and the Chair of the OCPC and indicate my desire to normalize the current situation with the TBPSB. No City and no Police Service should ever find themselves in the situation that we are in. In concert with the Chief of Police, the PSB, City Council, Fort William First Nation, NAN, and members from the Thunder Bay Community at large, I will form a Police Advisory Council. This Council will help set police policy and work with OCPC on a go forward basis so policing decisions for policy fall on the entire community.

Fear and Loathing in Thunder Bay

Civic Election 2022: The Economy: Candidate for Mayor Peng YOU