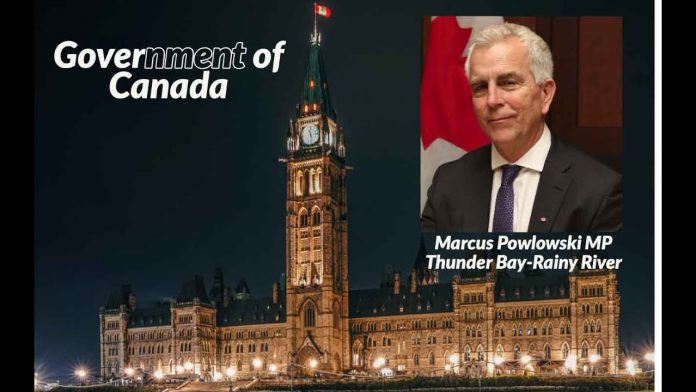 THUNDER BAY – MP Marcus Powlowski is planning on making recommendations to the federal government as to how we can immediately address the doctor shortages plaguing rural Northwestern Ontario and other parts of the country.

As a former Emergency Room doctor and current Member of the federal Standing Committee on Health, he believes now is the time for the federal government to work with the provinces to increase the number of doctors in rural areas.

MP Powlowski recently returned from a trip to Atikokan, Fort Frances, Rainy River and Kenora where he spoke with various doctors about the healthcare shortages, particularly doctors in small towns and rural areas. Following his meetings with doctors in the area, MP Powlowski believes that there are things that the federal and provincial governments, as well as Colleges of Physicians and Surgeons can do to address the shortage. These include:

MP Powlowski is planning to meet with several national healthcare groups including College of Physicians and Surgeons and doctor’s organizations to finalize his recommendations. He plans to formally share his plan with the Minister of Health in early Fall.

He is also planning to meet with nursing groups regarding nursing shortages and can perhaps also make recommendations as to how we can address the nursing shortage as well.

MP Powlowski is aware of the need to maintain professional standards. However, we must also acknowledge there is nothing safe in closing emergency rooms, or not being able to get in to see a family doctor. It is therefore imperative we explore some of these options which Powlowski believes can address the workforce shortage but at the same time, maintain professional standards.

The 2022 Budget acknowledged the pandemic has only worsened the labour shortages in our health care sector. Internationally trained health care professionals can help fill these gaps and ensure that Canadians receive the quality health care they deserve. The Government of Canada’s budget proposes to provide $115 million over five years, with $30 million ongoing, to expand the Foreign Credential Recognition Program and help up to 11,000 internationally trained health care professionals per year get their credentials recognized and find work in their field. It will also support projects—including standardized national exams, easier access to information, faster timelines, and less red tape— that will reduce barriers to foreign credential recognition for health care professionals.