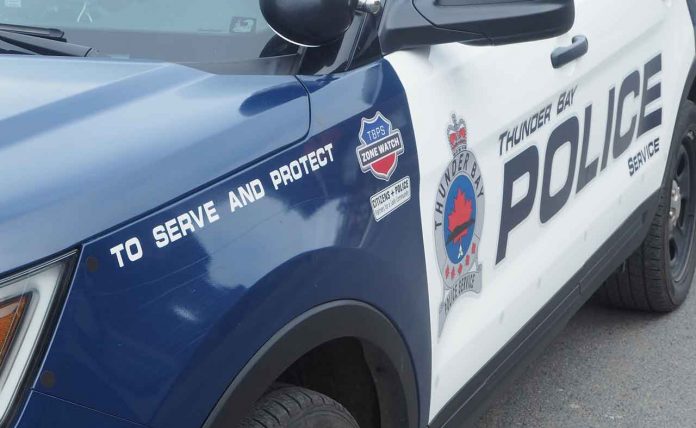 THUNDER BAY – NEWS – Thunder Bay Police Service officers with the Primary Response Unit were in the area of the 200 block of Pearl Street at about 2 am EDT on Wednesday, July 27.

While officers were in the area they observed a male attempting to kick out the window of an apartment. The male then fled on foot, but ran into police a short distance away.

Police advised the suspect, who was identified by officers at the scene, he was under arrest for outstanding warrants.

The suspect became combative and resisted his arrest. During a physical altercation the accused struck the officer and grabbed at the officer’s holstered firearm.

The officer was able to gain control of the suspect and complete the arrest without further incident.

Dwayne Alexander QUIRT, 50, of Thunder Bay, is charged with Assault with Intent to Resist Arrest x 2 and Disarming a Peace Officer.

He appeared in bail court on Wednesday, July 27 and was remanded into custody with a future appearance date.