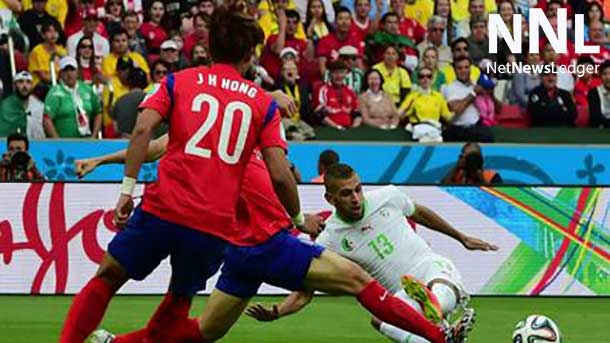 The FIFA World Cup draw has determined the field, and the invitation list for this year’s event in Qatar is finalized following three intercontinental playoffs. Even though the teams already know who and when they will play, there are still many unknowns regarding how the first Winter World Cup will unfold.

The tournament kicks off with four matches on November 21 (three days before Thanksgiving in the United States), the first of 12 days of four games a day. All of the games will be played over the next month in a tight circle of eight stadiums in and around Qatar’s capital, Doha, making it the most cramped World Cup in history. The final will be held on December 18, a week before Christmas.

If you are a bettor, the upcoming competition is just as exciting, too. For punters, they are on the lookout not only for the latest odds but as well as FIFA world cup bonuses from 10CRIC, too. With that said, here are things you need to know.

How many teams will play in the FIFA World Cup 2022?

There will be 32 teams competing. In the draw, they were divided into eight groups of four, none of which looked to be the customary Group of Death. Each group’s top two finishers advance to the round of 16. Following that, the World Cup is a single-elimination event.

Qatar qualified automatically as the host, and 31 other teams have joined it after years of qualifying – and a few extra months because of the coronavirus. Most of Europe’s and South America’s top teams are represented, including England and Germany, Brazil and Argentina, France and Spain.

Canada has nabbed the spot to play. The United States and Mexico will also kick-off off the tournament. Ukraine barely missed out on going. Russia has been notified that it is not welcome. In June, Costa Rica defeated New Zealand, the Oceania survivor, and Australia defeated Peru in a shootout to secure the remaining two spots.

FIFA World Cup 2022 Predictions: Who are the favorites?

Brazil, France, England, and Spain are the top four betting favorites, followed by Argentina, Germany, Belgium, and the Netherlands.

Brazil, with a star-studded supporting cast, is the favorite to win the 2022 World Cup and extend its tournament winning streak to five. They were assigned to Group G, which included Serbia, Cameroon, and Switzerland. On the World Cup odds board, England is tied with France and Brazil. England has a fresh wave of quality attackers rising through the ranks, therefore the Three Lions may be anticipated to compete in many tournaments in the future.

Can you beat the odds?

Betting on the FIFA World Cup outright winner is a popular futures betting option, and odds are normally released shortly after the previous World Cup champion is proclaimed. These chances will change depending on how nations and players perform in the run-up to the World Cup. Soccer odds will also be adjusted based on handling and responsibility with certain countries.

Futures odds are shown in a list format, with each option and its odds sorted from best to worst chances of winning. A plus (+) symbol is generally displayed in front of a team’s future odds.

Take France, for example, at +500. This implies that if France wins the World Cup, you may win $500 on a $100 wager. As the World Cup approaches, or if one side has been very dominant, you may notice a country sporting a negative symbol (-) ahead of its odds. If you bet on Brazil at -110, you would have to wager $110 to earn $100 on a Brazil World Cup triumph.

World Cup: Who are the tournament favorites’ likely opponents in the last 16?