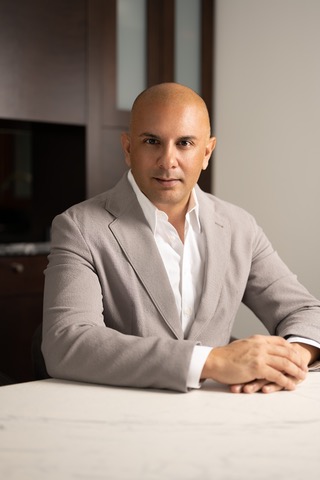 When people think about how the agricultural industry negatively impacts the environment, much of the talk goes into how the transportation of goods is inefficient or how the use of pesticides can cause residual damage. Yet, many ignore one of the most significant issues plaguing the agricultural industry: the production process itself. Biotech companies like Atelier Meats are revolutionizing the way the agriculture sector works, thereby lessening its environmental impact.

Greenhouse gases and their effects on the environment are a frequent topic of discussion, but few realize how extensive the scope of their impact is. Greenhouse gas emissions are directly tied to the progression of global warming, one of the most pressing environmental threats facing our planet today. However, some steps can be taken to remediate and potentially reverse these gases’ harmful effects on our environment, beginning with the production of lab-grown meat.

Generally, people tend to think of vehicles and manufacturing as the main culprits of greenhouse gas emissions, but the role that agriculture plays in the release of these destructive compounds cannot be ignored. Every year, a single cow produces around 220 pounds of methane. Given the number of cattle that must be raised to meet the food supply demands of our growing population, this is a troubling statistic.

Still, we are at a point where we can correct course and reduce greenhouse gas emissions by phasing out agricultural practices that contribute to these emissions. Studies have shown that these adjustments could potentially cut the amount of emissions produced by the industry in half.

Another way the livestock industry harms the environment is by creating a substantial amount of water pollution. Animal waste that enters our water system through means such as runoff and leaky septic tanks can lead to contamination and cause several diseases in humans due to the increased levels of bacteria and viruses carried in animal fecal matter. Even further, livestock farming consumes as much as one-third of available drinkable water globally, and studies have shown that it can require as much as 2,000 gallons of water to produce just one pound of beef through traditional means. With substantial portions of the world not having access to a reliable source of potable water, this is inarguably a pressing issue.

How cultivated meat counters the issues with traditional agriculture

Cultivated meat provides a unique, innovative solution to many issues plaguing the agriculture industry. Creating edible, cultivated meat involves growing meat from animal stem cells in a process mimicking how cells grow and divide in vivo. Growing these cells in a laboratory environment not only reduces cruelty to animals by eliminating the slaughtering process, but also helps to reduce the strain that the rearing of livestock places on the environment.

“The motivation for creating a cultivated meat food supply is the potential to eliminate many of the environmental and ethical concerns that exist during the process of conventional meat production,” explains Rahim Rajwani, co-founder of Atelier Meats. “Livestock farming has been shown to be a significant stress on the environment and is one of the chief contributors to climate change.”

However, that dire situation can be avoided with an investment in technologies such as cultivated meat designed to combat these environmental consequences. Cultivated meat production does not entirely eliminate livestock farming — there still has to be livestock to ethically source the stem cells from — but the scale at which these livestock will have to be raised is significantly reduced.

“The production of cultivated meat on an industrial scale is predicted to use 89% less water, 99% less land, and will lower greenhouse gas emissions by over 96% compared to conventional meat production,” says Rajwani. “Other positive effects include relieving ethical concerns surrounding animal farming and health concerns arising from animal-borne diseases and the overuse of antibiotics.”

The proliferation of cultivated meat will reduce the pressure on the agriculture industry to keep up with the need for production. This, in turn, will reduce the agriculture industry’s negative impact on the environment. It is time that the general public realizes just how damaging traditional meat production can be, and supporting innovative projects like Atelier Meats will help create that lasting, positive impact.