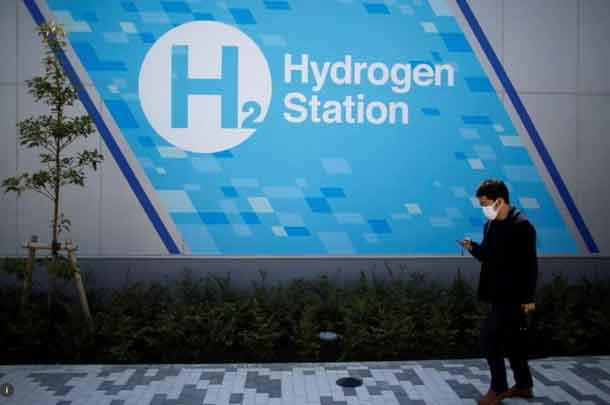 Chile, Brazil and India are among countries bidding to become green hydrogen hubs as demand grows for clean fuels

BOGOTA/RIO DE JANEIRO/MUMBAI, June 22 (Thomson Reuters Foundation) – High in Chile’s sun-drenched Atacama desert, Gaston Caceres and five other engineers are working on plans for a huge solar-powered hydrogen project that reflects their country’s ambitions to become a leading exporter of the fuel.

“Green” hydrogen, which is extracted from water using electrolysis in a process powered by renewable energy, is touted as a potential game changer in the race for net-zero emissions by cutting fossil fuel dependence to fight climate change.

But despite Chile’s abundant supplies of wind and solar energy, Caceres is candid about the challenges ahead for the nascent project – not least its $4 billion-$5 billion estimated price tag.

“There aren’t tax breaks or other governmental benefits for these type of big project developments,” he said.

Global efforts to reduce dependency on oil and natural gas have gained urgency as the Ukraine war disrupts Europe’s energy supplies, and nations from Chile to Brazil and India are vying to become major green hydrogen producers.

Hydrogen and its derivatives could cover up to 12% of global energy demand and account for 10% of reductions in carbon emissions by 2050, according to the International Renewable Energy Agency (IRENA), although other estimates are lower.

“Green hydrogen can be a game changer for the energy transition,” said Francesco La Camera, IRENA’s director-general, noting the fuel’s particular advantage in hard-to-electrify sectors such as transportation and heavy industry.

But not all countries are well-placed to lead production and export of the fuel.

“You obviously need to have renewable energy and loads of it,” said Jonas Moberg, chief executive of The Green Hydrogen Organisation.

For countries that do, like Chile – which is bidding to become a green hydrogen hub in Latin America along with Brazil and Argentina, other hurdles remain.

“One of the main challenges that green hydrogen faces today is its higher cost compared with fossil fuels and other alternative low-carbon technologies,” said La Camera, though he noted that costs could plunge as the industry and its infrastructure become established.

“We produce virtually no green hydrogen today, so there’s an awful lot of laws and things that need to come. We are breaking new territory here,” Moberg said.

According to a June report by global energy consultancy DNV, renewable and low-carbon hydrogen will only account for 5% of the global final energy mix by 2050 – and raising that will require stronger policies, incentives and higher carbon prices.

Chile launched its national green hydrogen strategy in 2020, aiming to become the world’s cheapest producer of the fuel and a leading export hub from 2030. About 100,000 jobs, could be created, according to the plan.

The Atacama desert project involves the construction of a huge electrolysis plant to produce ammonia – which can subsequently be converted into green hydrogen and is easier to transport, with construction due to start in 2027.

Besides the large initial investment, Caceres said the plant will need an affordable lease on state-owned land and a favorable regulatory framework to make ammonia production competitive.

In May, Chile’s state development office Corfo signed agreements with three companies as part of six other projects it selected last year to fund industrial green hydrogen production, which it says could double current production worldwide.

Corfo expects $1 billion in investments and production of 45,000 tonnes of hydrogen a year.

“We want to show it’s possible, and this gives us the confidence of investors and politicians,” Speith told the Thomson Reuters Foundation.

Power from the plant, which is expected to start operating by the end of 2022, will be used to produce green hydrogen via electrolysis, which will in turn be used to generate synthetic methanol/gasoline, a low-carbon alternative fuel for transport.

The Brazilian state of Ceara, which lies in the country’s poorer northeast, has signed preliminary investment deals with 18 companies that want to build green hydrogen plants to tap into corporate demand for clean energy.

Nearly half of Brazil’s electricity currently comes from renewables, such as wind and hydro – making it a prime destination for green hydrogen investment, said Maia Junior, Ceara’s secretary of economic development and labor.

“If there’s a green hydrogen OPEC (Organization of the Petroleum Exporting Countries), Brazil will be at the table,” he said.

It could prove a boon for the state, potentially creating thousands of jobs, including about 3,000 jobs per plant during the construction phase and when operational, up to 200 direct jobs and 2,000 indirect jobs, Maia said.

Speith said green hydrogen had “potentially huge” job creation possibilities, particularly in the engineering and construction sectors, highlighting its appeal in a region where the COVID-19 pandemic has led to widespread job losses.

As India – the world’s No. 3 greenhouse gas emitter after China and the United States – eyes green hydrogen development as a way to wean itself off labor-intensive and highly polluting coal, industry analysts say the sector could ease the transition by creating new jobs.

“It will be (a) generational transition as there is a huge requirement of skilled manpower,” said Samrat Sengupta, vice-president of EKI Energy Services Ltd, which helps businesses with climate change and sustainability solutions.

In its drive to become a leading production and export hub, India’s government is incentivising green hydrogen projects by waiving inter-state transmission charges and offering grid connectivity on priority.

Federal officials are also looking to create demand for the fuel by mandating the use of green hydrogen in the production of fertilizers, steel and petrochemicals, and providing financial support to manufacture electrolyzers.

The government hopes such incentives will help India produce enough hydrogen to reduce spending on imports of liquefied natural gas and fertilizer, while also bringing the nation closer to its 2070 target for net-zero emissions.

Billionaire business leaders Mukesh Ambani and Gautam Adani have announced plans to produce the fuel, and state-run oil, natural gas and thermal companies are inviting bids to set up projects.

While the green hydrogen sector is still in its infancy, with experts comparing it to solar energy in India 15 years ago, future jobs are expected, said Sumant Sinha, chairman and chief executive of ReNew Power, India’s leading clean energy company.

“Given the likely overall global demand, and the large investment requirement for green hydrogen and its derivatives, it’s unlikely that one country (e.g. Brazil, Chile) will be able to provide enough product to meet this demand,” Sinha said.

“There will be several hubs, including India, which will have to be developed to meet this demand.”