Home Living Refusing Medical Attention at the Scene of an Accident Doesn’t Mean You... 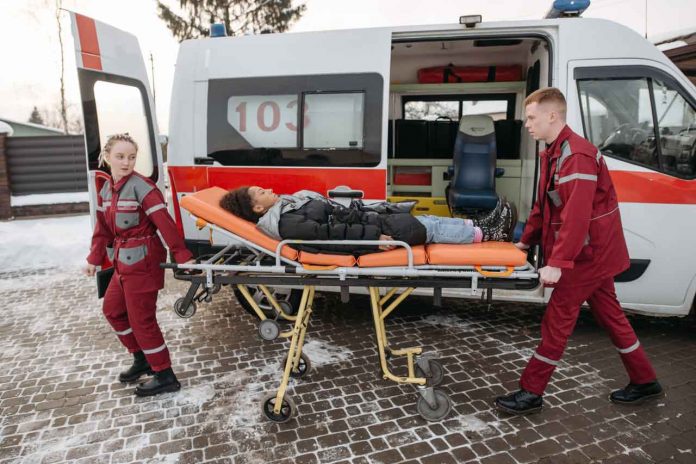 Immediately after an accident, it is possible to be in panic mode or have your emotions running wild.

At this time, you may not feel any pain due to the adrenaline rush, but that doesn’t mean you are not hurt. That means it is not uncommon for you to choose not to get checked out by emergency responders when they arrive to attend to those with visible injuries.

If you have been in an accident where you refused to get medical attention at the scene and wondering if it will affect your case, this guide is for you.

Getting Medical Attention Should Be a Priority

Minutes after an accident, you will probably have the police and other first responders coming to the scene. The best thing to do is take advantage of the paramedics at the scene even when you feel okay.

First, the paramedics usually check a patient’s vitals to help establish if they have any injuries that may not be apparent. Agreeing to have yourself checked helps link your injuries and the accident, which is critical in building a watertight case.

If you live in Chicago and have refused to get medical attention at the accident scene, all is not lost. You can talk to experts in Chicago personal injury law, such as auto accident lawyers, to establish your chances of getting a fair outcome.

Why You Should Never Refuse Medical Attention

Your Injuries Could Get Worse

Some injuries tend not to show at the scene of an accident, such as whiplash, a concussion, or internal bleeding. The longer you take to get treatment, the higher the risk of the injuries becoming serious or fatal.

For example, if you have internal bleeding that you can’t feel in the accident, failing to see a doctor could mean bleeding to death. Whiplash and concussions also worsen with time but usually show hours after an accident.

But getting medical attention from the first responders at the scene and the ER can help identify these injuries early and consequently get timely medical interventions.

It Could Be Detrimental to Your Case

The defendant or their insurers will be on the lookout for the flimsiest reason to deny your claim, meaning they will do their investigations. They may want to see if your name was entered in the records of the first responders at the scene.

If your name is not recorded as one of the victims seeking medical attention, or if the records say you refused treatment, it could hurt your case. The defendant could claim that your injuries were not severe since you didn’t see the need to seek medical attention.

However, if you seek medical attention later, for example, the following day, the damage to your case may not be that much, but the delay will be a weak link in your case.

If you refuse medical attention at the accident scene but realize that you were injured after some hours, it may not be too late to go to the hospital.

Most insurance providers consider 72 hours after an accident as reasonable. After this period, insurers may claim that your injuries resulted from another event.

But getting medical attention on the first day of your accident is not enough. You must follow through with the recommended follow-up treatment.

Failure to adhere to the recommended treatment schedule will not only prolong your recovery time, but the opposing side can use that against you.

In other words, they may argue that some of the damages suffered resulted from failure to stick to the doctor’s recommendations which can adversely affect the outcomes of your case.

How to Compare Medical and Life Insurance Policies