“In an inland port city, the first ship into port brings with it a feeling of spring and revitalization after a cold winter. We thank Captain Barnes, Chief Engineer Reeves and the entire crew of the Michipicoten for their safe arrival, offering a glimpse of spring even on this snowy day,” said Tim Heney, Chief Executive Officer, Port of Thunder Bay.

MV Michipicoten came abeam of the light marking the Mission Bay entrance to the Port at 04:31 a.m. local time. MV Captain Henry Jackman crossed the North entrance at 05:04 am EDT. 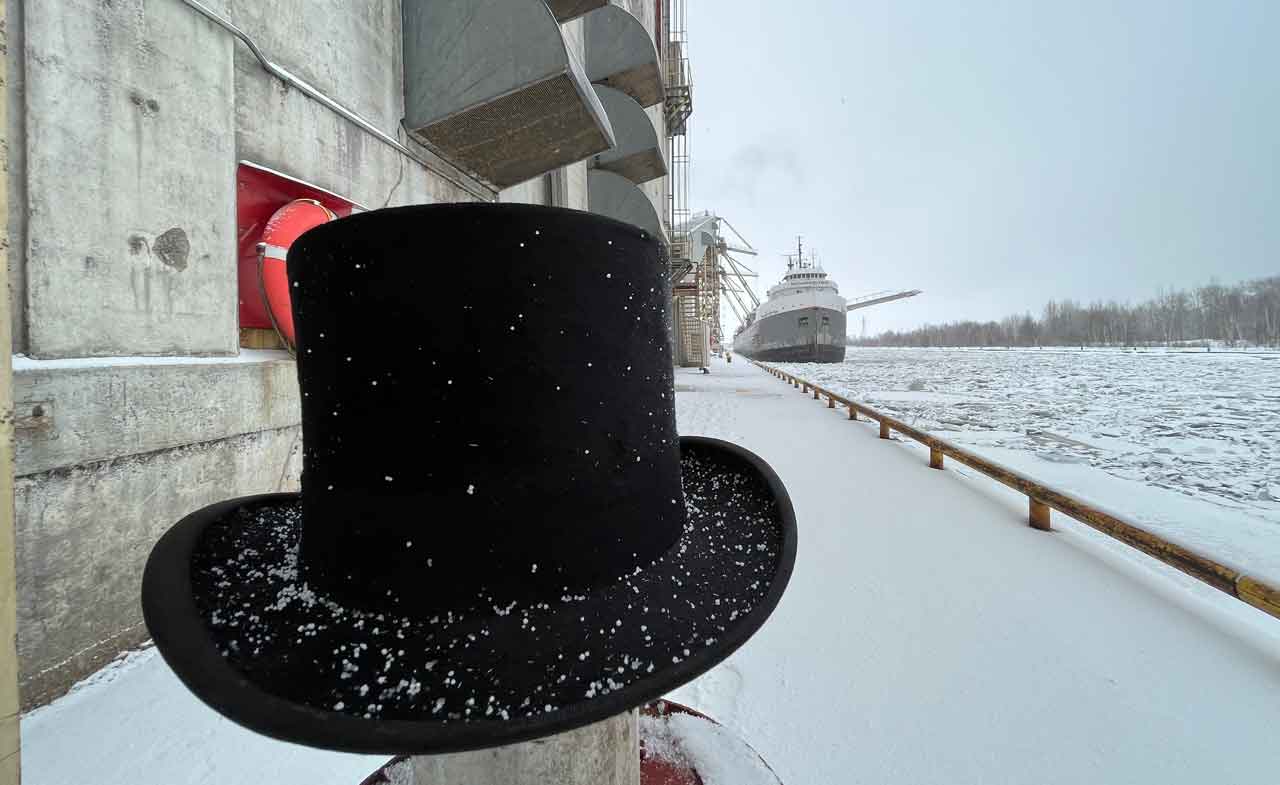 The Michipicoten, namesake of the river that empties into Lake Superior near Wawa, Ontario, achieved the honour of being the Port’s Top Hat recipient for 2022. A seasoned vessel on the Great Lakes – St. Lawrence Seaway, this is the first time Michipicoten has received Thunder Bay’s Top Hat. Michipicoten is owned and operated by Lower Lakes Towing, subsidiary of Rand Logistics.

Both vessels are taking on grain shipments. Michipicoten is currently receiving 9,000 metric tonnes of oats at Superior Elevator and will depart overnight for Toledo, Ohio.

Due to weather and other factors, a ceremony was not held this year.

A winner has been declared in the Port of Thunder Bay’s Top Hats 2022 Laker Contest. With a guess of March 30 at 04:30 a.m., Michael Hull was the closest to the actual date and time of the first vessel’s arrival. The contest for guessing the first Saltie remains open. Details are available on the Port of Thunder Bay Facebook page and at portofthunderbay.ca/tophatscontest

“Congratulations to the crew of the Michipicoten and the Lower Lakes Towing team for marking the opening of navigation in our Port and earning the ceremonial Top Hat,” said Jerrett Franklin, General Manager, Superior Elevator ULC.

Monthly Grain Shipments up 33% from October