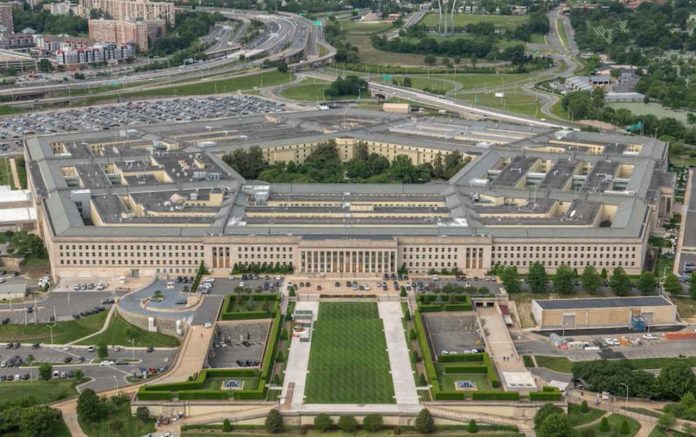 WASHINGTON – NEWS – Contents of the most recent security assistance package approved for Ukraine — valued at $350 million dollars — is on its way now and is billed as “the largest presidential drawdown package in history,” a senior defense official said during a briefing today at the Pentagon.

The official said, $240 million of that package, which includes things like anti-armor capability, has already been delivered to Ukraine to support them in their fight against an unprovoked and illegal Russian invasion.

Over the past year, the official said, as much as $1 billion in aid has been delivered to Ukraine, though not all of that may have been classified as “drawdown.”

A “drawdown,” according to documentation available from the Defense Security Cooperation Agency, allows the president in certain circumstances — including for such things as peacekeeping operations, narcotics control, international disaster assistance, antiterrorism assistance, nonproliferation assistance, migration and refugee assistance — to withdraw existing weapons, ammunitions and material from existing U.S. military stocks and provide that to other nations.

The process of delivering this kind of aid, the official said, begins with the State Department requesting drawdown authority from the president, and also the Defense Department doing an analysis of what the Ukrainians need — in consultation with the Ukrainians — and then seeing what is actually available.

“Because drawdown is taken from the stocks of the services,” the official said, “we’re not going out on the market and purchasing new items. We have to actually have it in hand to be able to deliver it.”

Back in August, the U.S. provided just such assistance to Ukraine, valued at $60 million. Already, the entirety of that assistance has been delivered. In late December, the official said, another $200 million drawdown package was approved, and most of that package is now in the hands of the Ukrainians, though the official said the U.S. is still delivering some portions of that package — including ammunition.

The official said that typically, the back-end processes for making security assistance happen might take weeks or even months, but that for Ukraine the department has been able to significantly compress that back-end process into hours or days — which has helped greatly to expedite the effort to provide the Ukrainians the assistance they need.

The U.S. is not alone in assisting the Ukrainians, the official said. In fact, some 14 other nations have also been helping.

“Since the invasion, we have seen … 14 separate countries actually deliver security assistance to Ukraine — and some of these countries don’t have a record of providing as substantial assistance to Ukraine,” the official said. “That also represents a real bureaucratic feat for their ministries of defense to be able to move that quickly, so I think we have to give credit to our allies and partners here.”

The official said security assistance to Ukraine will continue and that the U.S. will continue to work with Ukraine to find out what is needed and how the U.S. can help.

“We are always … looking at what Ukraine needs, and we’ve been doing this for years now,” the official said. “We have just accelerated our process of identifying requirements and accelerated our consultations as well with Ukrainians — talking to them daily, as opposed to periodic meetings that we did before this crisis.”

“This will continue, and as President Biden has stated, we will continue to support the Ukrainians moving forward,” the official said.