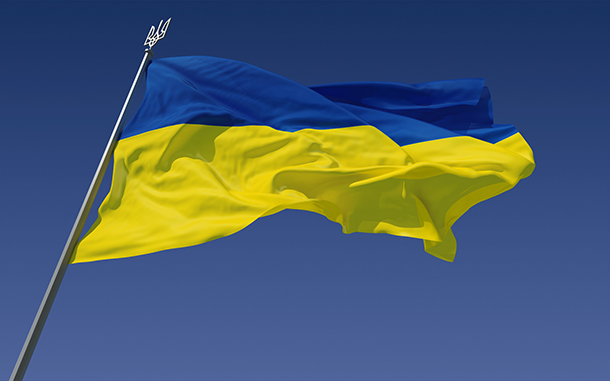 Ukrainian forces are outnumbered but are continuing to hang on to Kyiv after hours of street fighting overnight. Across parts of the capital, explosions and bursts of gunfire is heard by residents. Smoke is billowing from the sites of of the battles.

However so far as the President Putin invasion of the Ukraine continues into the third day, Kyiv is still in Ukrainian government hands. President Volodymyr Zelensky said by this afternoon that Ukraine forces are “Repelling the Russians from the city”.

Ukraine is fighting the invader with weapons in hands, defending its freedom and European future. Discussed with @vonderleyen effective assistance to our country from 🇪🇺 in this heroic struggle. I believe that the #EU also chooses Ukraine.

The President says, “Fighting continues in many cities across the country and that the fate of the nation is being decided right now.

While there have been talks of holding ceasefire talks, those efforts at present appear stalled.

Zelensk posted a video of himself at daybreak Saturday, unshaven, on the capital’s streets, appearing resolved to remain in Kyiv.

Western officials have warned President Zelensk that the Russian invaders plan to capture or kill him.

There are reports of Russian vehicles halted by lack of fuel on the highways in Ukraine.

Multiple videos on social media of Russian military out of fuel, food and stuck on highways pic.twitter.com/UTKLmTJf38

This was also part of War Update #3.

Ukraine is basically fighting Russia alone on a military basis. Many countries have offered their ‘Thoughts and Prayers’ and there has been limited support in terms of military supplies offered.

One of the economic tools that would likely bring the West into this fight is via SWIFT, the network for secure financial transactions.

This morning there are reports suggesting that the United States is now seriously considering Russia’s expulsion from the SWIFT network, over the Ukraine invasion.

President Biden’s administration officials are now in internal discussion on whether or not to push for a directive from the European Union which would be needed to ban Russia from SWIFT.

There would be a cost in Europe if this is done, as oil and gas shipments from Russia would end.

There could also be a military cost. President Putin is threatening anyone who interferes with “consequences you have never seen.”

In response to the Russian invasion of Ukraine, NATO Secretary General Jens Stoltenberg today announced activation of the alliance’s defense plans, which means also that it can deploy the NATO Defense Force. The U.S. Defense Department now stands ready to provide capabilities to help fill that defense force, if asked to do so, said Pentagon Press Secretary John F. Kirby.

“There’s a historic nature to all this,” Kirby told reporters during a briefing at the Pentagon today. “This is the first time that the alliance has employed these high readiness forces in a deterrence and defense role. So it’s not an insignificant move by the alliance.”

The activation serves as a notice to NATO nations that they may be called upon to provide military support to the NATO mission, Kirby said. This also means the United States may be called upon to provide both personnel and equipment to support the NATO mission — and that’s something the U.S. and the department has been preparing to do for quite some time.

Kirby said what kinds of assistance NATO may request from the United States, or other alliance nations, is unknown at this time, as is what specific U.S. military units may end up being assigned to what roles.

“The department has placed a range of multi-mission units in the United States and Europe on a heightened preparedness to deploy, which increases our readiness to provide for the U.S. contributions to the NRF on a shorter tether than what we could do before,” Kirby said. “We stand ready if called upon by NATO to support the NRF in the defense of the alliance, and will absolutely do that.”

While President Biden has said U.S. troops will not enter Ukraine to participate directly in the fight against Russia, U.S. forces may eventually be called upon to participate in NATO-led missions as part of the NATO Response Force to bolster the defense of alliance partner nations should they ask for assistance.

At the same time, Kirby said, the U.S. continues to provide security assistance to Ukraine to help that country defend itself against an unlawful invasion by Russia.